This week in the Cultural Quarter, Leicester

The development of Leicester’s Cultural Quarter began way back in 1999, but now with a vibrant mix of venues, bars and restaurants and creative businesses moving in to the area it is really starting to hit its stride. The Leicester Cultural Quarter Association have now launched a social media campaign aimed at getting everyone involved in discovering what this part of the city has to offer.
I’ve had a lot of fun in the Cultural Quarter during my time in Leicester – I watched the hilarious, sheep based musical Dolly at Curve back in 2010, said assorted “Ooos” and “Ahhs” at the digital firework display during Light the Night in 2013, and was astonished by Shauna Richardson’s giant crochet lions in Orton Square in 2012. 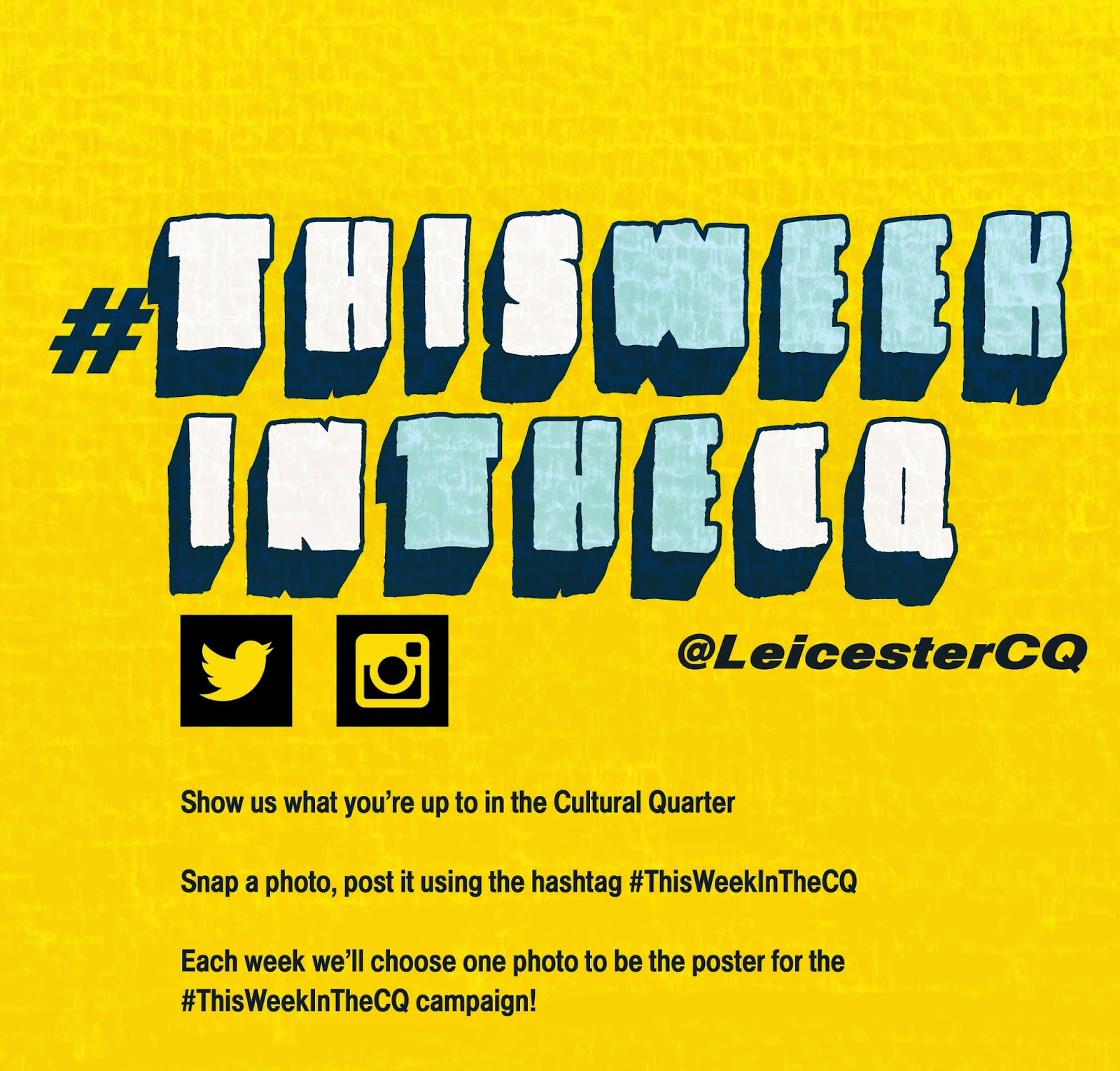 Now you can share snaps of what you get up to in the Cultural Quarter and find out what cool stuff is going on there using the hashtag #ThisWeekInTheCQ. It’s not the shortest hashtag admittedly, but it does exactly what it says on the tin! You can tweet and instagram using the hashtag, telling people what’s happening and sharing photos of interesting days in the CQ as they happen.
For venues in the Cultural Quarter, a bespoke Pinterest board will be created to showcase the photos people have shared and for those of us who just want to go to interesting events (or just have a coffee) there is the opportunity for your photo to be selected for use on regularly refreshed posters for the campaign.
I do really like this sort of use of social media, so I hope people jump on board and use it. Mainly because then I find it easier to find out what’s going on and I don’t miss fun events that I would have enjoyed. I also like the confidence in the cultural and creative scene in Leicester. The CQ has the real potential to be a hugely vibrant and exciting area of the city and I would love for that to happen off the back of this campaign!

So what have you been up to #ThisWeekInTheCQ? I was sad not to be able to get along to the Open Two Queens gallery yesterday, but I have been to the Drinks Bus Launch at LCB Depot, for cocktails at Manhatten 34 and this afternoon I’m hoping to stop by the free live drawing to live music event at the Exchange Bar.

Leave me a comment below and let me know what fun stuff I can head over to next!