King Richard III is back in the ground in his new home at Leicester Cathedral.

It’s been a great week to be in Leicester, I think we’ve all been blown away by the response to the reinterment events and activities across the city. Here’s a little round up of some of the bits I popped along to.

Saturday 21st March
We started off with a special alumni event at the University of Leicester. Richard Buckley and Turi King did their usual excellent job of explaining the discovery and the identification of the remains in

what was to be just the first of many lectures about the excavation that I heard this week! After they had finished the living relatives of Richard III, Michael and Jeff Ibsen and Wendy Duldig were in conversation with Turi talking about their experience of discovering their family tree, the impact of the King Richard effect on their lives and Michael talked in detail about being commissioned to design and make the King’s coffin. Fascinating stuff.

The promised drinks and canapes reception afterwards turned out to be a brew and a biscuit, but you can’t have everything can you?

Sunday 22nd March
Leicester came out in its droves to wave the King off as he went on tour for the day up to Bosworth and then back to the City, being formally handed over to the Cathedral’s care by Richard Buckley. This was covered live on Channel 4 and garnered international media coverage the next day. 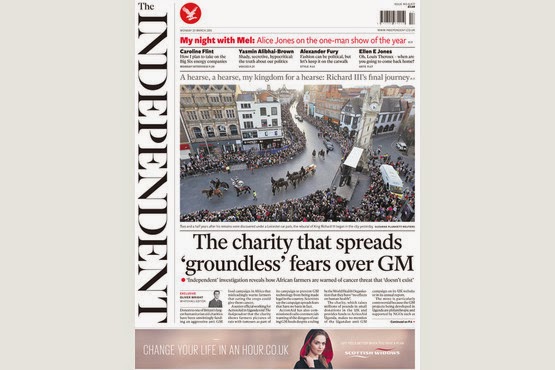 Businesses all round the city felt the benefit of the 35,000 or so people who turned out to line the processional route. Over in the Cultural Quarter, Manhattan 34 told me that although they have not general noticed much difference in customer levels this week, the procession passing by saw them tripling their trade. Looks like everyone fancied a posh cocktail to toast the King! 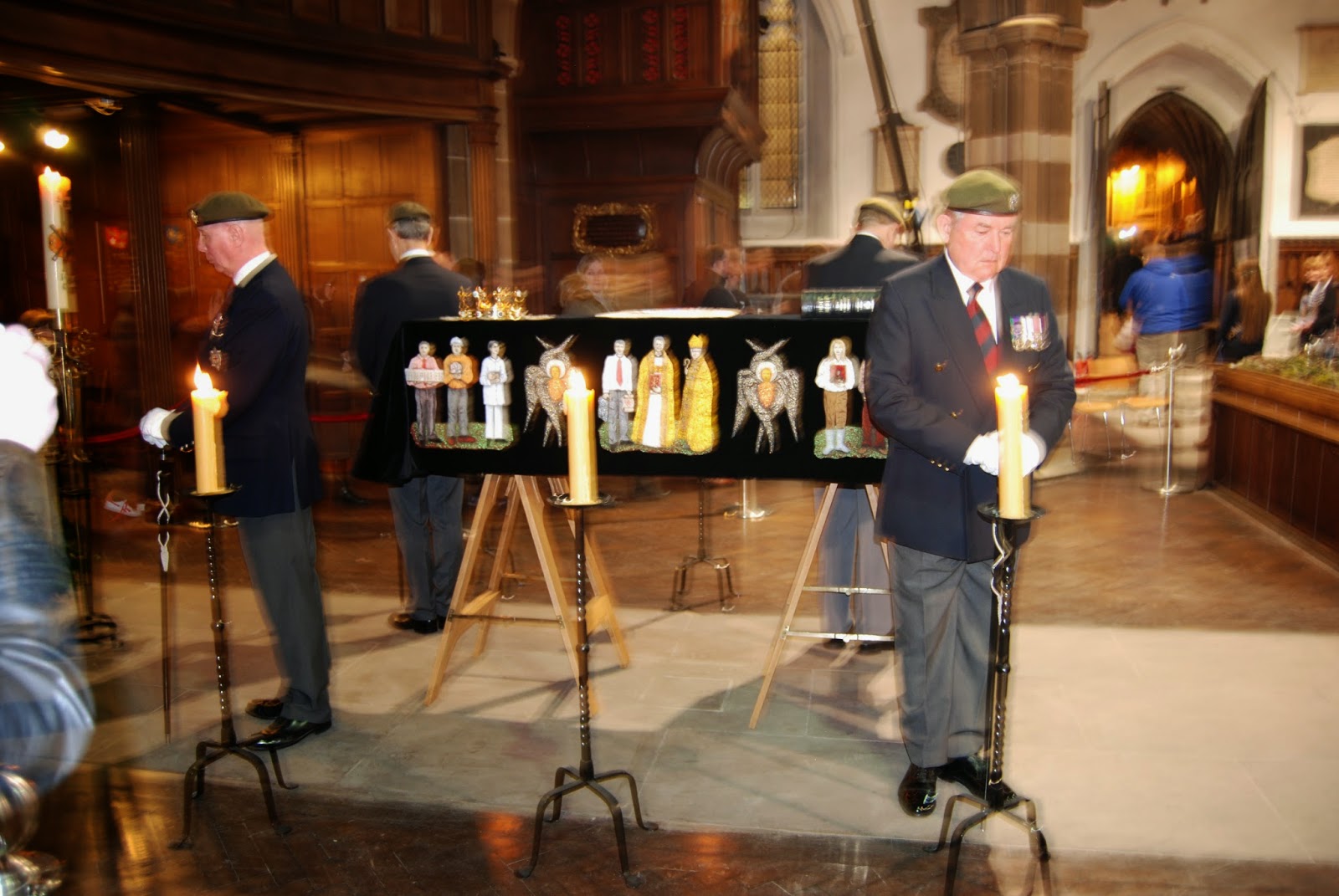 Tuesday 24th March
This evening I had my formal invitation to attend a private viewing of the King in repose in the Cathedral. Due to the huge public interest in attending the Cathedral, with some queuing for 4 hours, the doors remained open to the public during our visit, but we were welcomed by the City Mayor and the Dean and given some information about the significance of the King’s coffin placement within the church, for example lying by the font to symbolise his baptism and faith. Then we filed past the coffin. It was quite a moving moment for me, imagining the individual that lay within the pall covered coffin. In April it will be 5 years since I started working on this project and I don’t think I ever imagined that this would be where we would end up!

Following the visit to the Cathedral we were invited back to look at the Richard II Visitor Centre to hear a lecture on the discovery (yes, again) from the ever radiant Mathew Morris. I feel like I’m becoming something of a connoisseur of the jokes that the ULAS team pop in to their presentations, and I think that Richard Buckley’s one about the skeleton missing its feet having nothing to do with him “being de-feeted at Bosworth” if probably my favourite.

This time I am pleased to report the promised drinks reception did involve wine and canapes, so I had a little snifter and then headed home to bed – it was already feeling like a very long week! 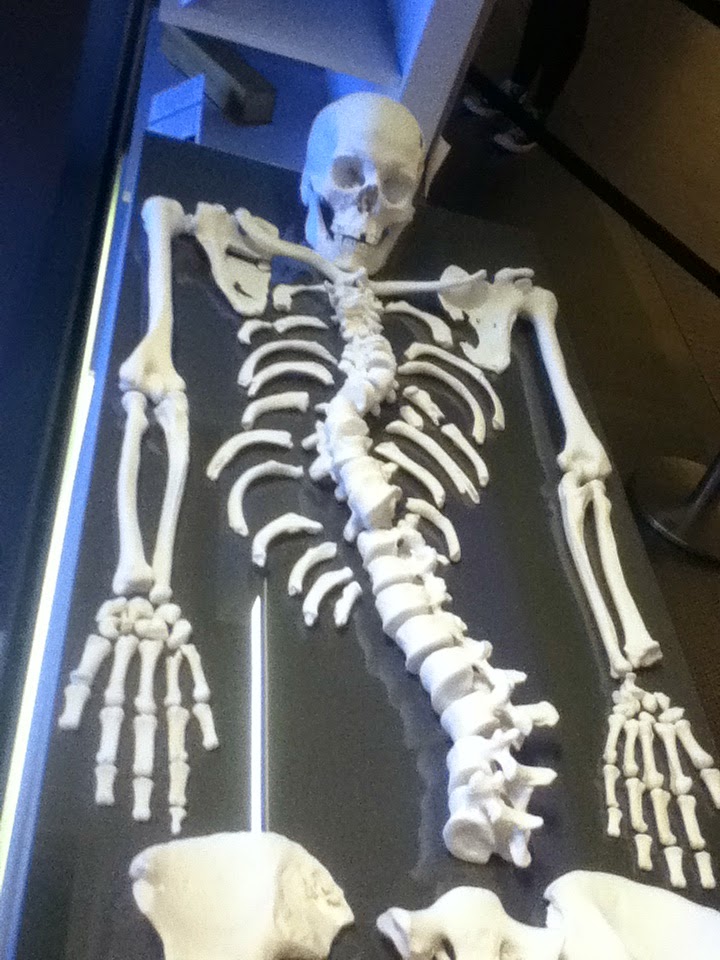 Wednesday 25th March
The Wednesday saw me taking a little jaunt down to London to do a little job for the Science Museum. They have installed a temporary display about the identification of King Richard, examining the science behind the discovery and have loaned a 3D printout of the skeleton from the University of Leicester. One of only three in existence, the skeleton was created by Loughborough University based on CT scan data taken at Leicester Royal Infirmary.

It was a little bit overwhelming fitting the skeleton while the museum was open! As you can imagine, it’s always super busy and so I appeared to draw quite a crowd. I tried to keep my head down and concentrate but inevitably got drawn into Richard III based discussions with members of the public. The display looked good in the end, although I am excited for the day when I have a big enough case to lay out a human skeleton. Once again the tibia and fibula had to sit parallel to the femur, but I don’t think it’s spoiled anyone’s enjoyment!

Thursday 26th March
Then, on a damp and dismal morning the time had come for the Service of Reinterment. I had to meet the representative from Lambeth Palace who was bringing Richard’s book of hours and so went to watch it on the big screen at Jubilee Square. The main dignitaries filed round the Guildhall and up to the Cathedral and then the service began. It was quite an incredible affair, with the Archbishop of Canterbury presiding over elements. It was delivered with the dignity and honour that has been so much talked about over the last few years and I think that the city, with all the organisations that have worked together so hard, has done itself proud, while the world’s gaze was upon us.

Well, of course not everyone seemed able to act with the decorum that the occasion deserved, it was absolutely incredible to hear the collective boo that arose from the hundreds gathered in the square when EyeRollGate went off. Still, the less said about that the better, eh? Should have just took a selfie like the rest of us. Although that probably would have gone down just as badly on Twitter. 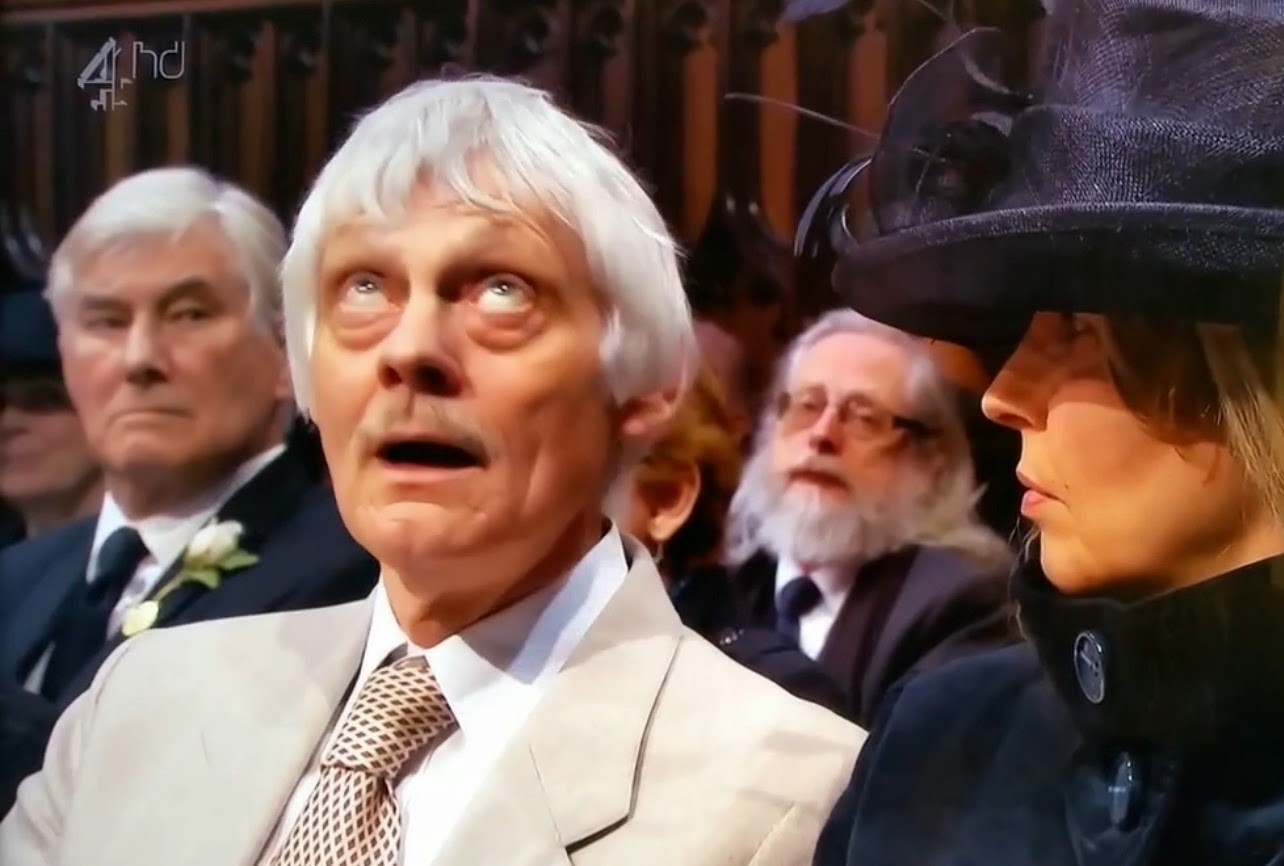 After the Service, the book of hours used in the service was installed in New Walk Museum and will be available to visit for free for the next three months. It was an absolute pleasure and a privilege to be able to condition check the book. I will never stop getting excited by wonderful, ancient treasures like this. Such a fantastic link with history.

Friday 27th March
And so the week due to a close. The tourists began to leave, once they’d popped down to the Cathedral to see the tomb unveiled after the morning’s service of course. But Leicester had one final trick up its sleeve – Leicester Glows, put on by The Big Difference Company. I had the start of a conference to attend but I still managed to stop by, and I was absolutely in love with the 8000 flames that were lit all around the Cathedral to commemorate the events of the week.

I had tipped this in my Richard III events guide and am pleased to say I got it spot on. The pyrotechnic display was super fun but overall, I just adored the atmosphere – so many people out together having fun, families and friends enjoying an evening out together, pubs and restaurants bustling and busy. It was a breathtaking display and a real celebratory end to the week.

As the owner of The Cookie told me “the atmosphere in the city was awesome, it felt like a real tourist destination.” Hopefully Leicester is a ‘real’ tourist destination now. I’m sure we’ll be feeling the ripples of Richard for some time to come. Move over Nottingham’s Robin Hood, Leicester’s got itself a medieval personage. And ours is non-fictional. 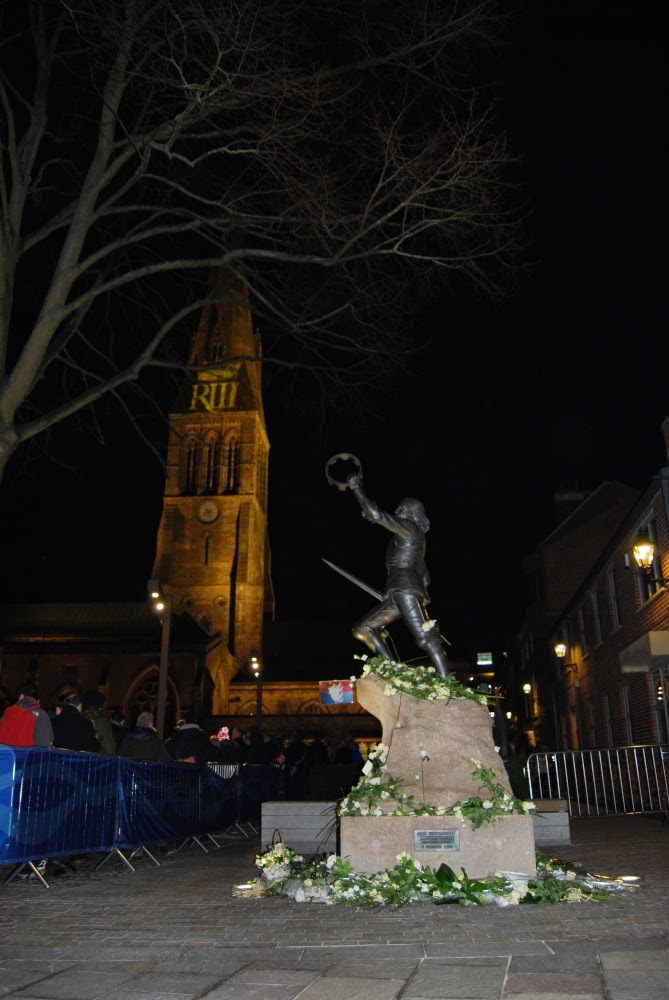 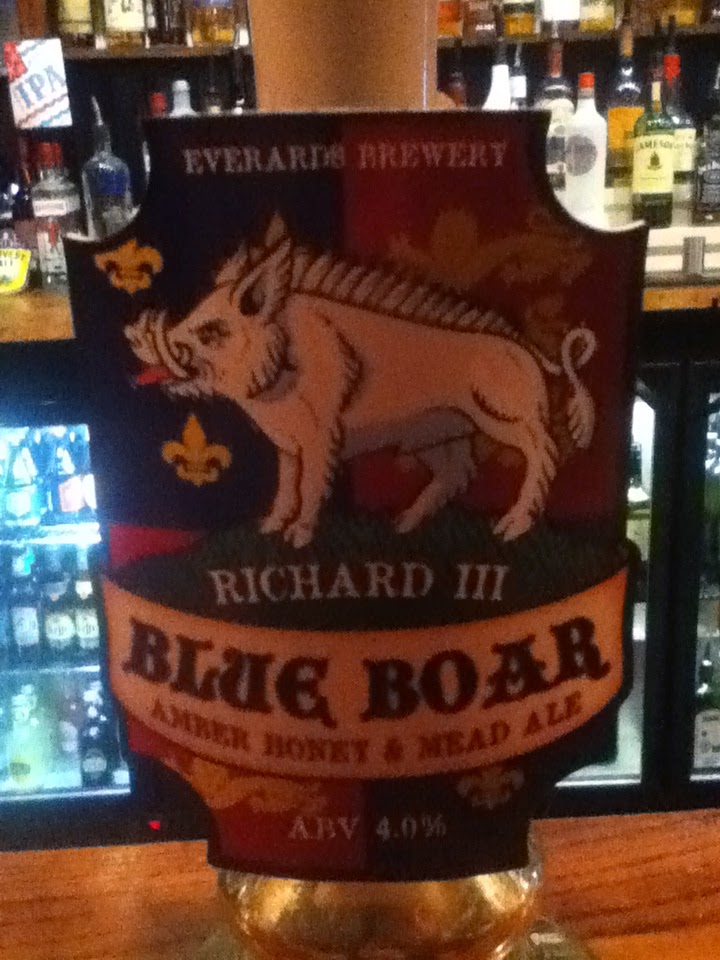