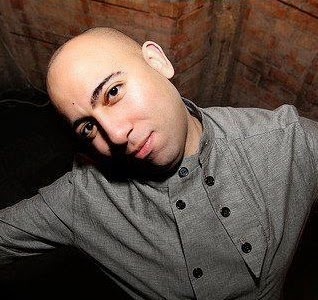 I’ve been writing about Leicester happenings for a long time now, and running the Leicester Happy Hour Directory for 7 months. I decided it was time to take things further, and find out who are the people behind the city. I started off popping down to The Parcel Yard for a chat with local events promoter, all round nice guy and habitual Mangal patron, Ahmed Kage.

Hi Ahmed! What do you do then?
I run events brands across the Midlands, mostly to do with food and drink and I also run food and beverege consultancy. This is for new bars and restaurants that need direction or training and existing businesses looking to turn themselves around by increasing sales and get more customers.

Why do you do that?
I like people to be happy. The reason why I went into events was the customer satisfaction – when you’ve got a lot of people who are enjoying themselves and having a good time, then coming back and telling you “we can’t wait for the next event”, I get satisfaction from that. That’s why I’m here today.

How have you got here?
I started off in the music business. I was a DJ, producer and I used to produce my own tracks and stuff that got released. I then moved into IT where I worked my way up for quite a number of years until I fell into IT security consultancy, keeping hackers out of systems and so forth. I did pretty well within my niche sector on that until I got to the point where I was no longer enjoying it and so I got the hell out! Then I fell into what was a hobby at the time, which was food and drink. I took it up full time.

And what has been your greatest success so far?
Winning the best event in Birmingham, 2014/15 for the UK Burger Battle, which we won on a public vote and after only two events as well! So I was really chuffed with that, I’m really proud of it.

What about Leicester – why do you want to put events on here?
I was born in Leicester. I’ve lived all round the place as well – when I was doing the IT consultancy I was living out of a suitcase in a number of cities but now I am back living in Leicester, even though I run events in a number of cities. It’s the home town. It is building up here, but I find it a hard town to break in to, just because of the way the demographics are and the way Leicester is physically and logistically set up. But it is getting better.

We had a blindingly good food and drink scene but then, quite a few years ago, it fell down – a lot of the independents closed and the chains moved out. At that time a lot of people were struggling, and no-one was seeing Leicester as the go-to town for going out to bars and restaurants. But slowly, especially over the last two or three years, it’s gradually starting to build up again. I think we’re seeing a resurgence. people are starting to take notice. Certainly, with Richard III bringing more people in to the town we have the chance to showcase that there are good events going on here.

I’ve done two Rib Nights here and I’m going to bring the UK Burger Battle here too. These are brands that are doing well in Birmingham and other cities already. There’s no reason why Leicester shouldn’t be enjoying them as well, the clientele are here and we’ve got the know-how.

Let’s get topical. I have to ask, what are your thoughts on the reinterment of King Richard III?
For highlighting Leicester it’s been brilliant, we couldn’t have asked for anything more. The procession on the Sunday, the way it was handled was perfect. I think everyone that was involved in that needs to be told it was a job well done. In so far as what it’s brought to this town, it’s nothing but positive. 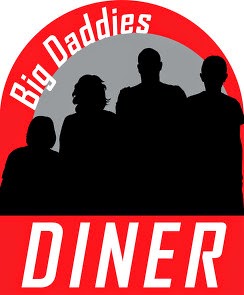 We have the Big Daddies Diner – an American diner pop up which is coming here to the Parcel Yard. We are also bringing a Cocktail Xchange event. This gives cocktail tastings specifically based around one spirit or brand. It runs monthly in Birmingham at the moment and we’ll be launching one in Leicester in June which will be running to coincide with World Gin Day. We’ll be bringing you Gin in June with events running simultaneously in Leicester, Liverpool, Birmingham, London, Brighton, Edinburgh and Toronto so far… You’ll find out more about gin, how it’s made, and then there will be tasting of cocktails both classic and modern and that will follow on to a great party, with live band and DJs. The Drinks Bus will also be out and about around the Midlands, rebranded as the Gin Bus.

I’ll also be launching a house music club night very soon with one of the brands, called Global Dance Session, which I’m involved in. And there are a few other things which I can’t talk about right now, coming up in Leicester towards the end of the year.

Intriguing…
Yeah, something to do with the silver screen. But I can’t tell you yet.
(I couldn’t wangle any more out of him than this sadly. Watch this space for more news as I get it.)

You’re a Leicester lad, you’re in to food and drink.
What’s your top foodie recommendation for the city?
I’d say Crafty burgers, at St Martin’s Coffee is really good. They’re about to come back permanently now – Chris and the crew make really good burgers, a lot better than the chains we have here in Leicester, not mentioning no names!

I would also say that we have a plethora of really good mangals, Turkish barbeque places. Istanbul on Narborough Road, Saray Mangal up the road in Highfields and also not forgetting Fes Mangal on Uppingham Road. They all do really good, fresh Turkish barbeque food – they would be my picks.

You have to try the Adma Shawarma on Bowling Green Street. It’s just one guy, with a set amount of food and when he runs out, that’s it. Don’t go after 7pm because there’ll be nothing left! It’s a Lebanese place and it’s really good value. I’d recommend the shish taouk (a grilled chicken breast shish kebab served with garlic sauce and all the trimmings, and a steal at £3.50), the hummus and the lamb shish.

On the drinks side of things it’s got to be Manhattan 34 for cocktails and any of the Steamin’ Billy pubs with regards to beers and real ales.

And what about Leicester when you’re not eating out?
I don’t think I do anything else! Ummm… oh yes! My pick would be the Curve theatre, for the shows going on there – especially just recently the Adrian Mole show which I thought was absolutely brilliant. Absolutely brilliant.