I have been selected to enter this year’s Country Baskets craft challenge and was sent an absolutely beautiful box of crafty goodies to inspire my entry. The theme that we had to make for was ‘Accessorize Yourself‘, with specific regard to wedding accessories. 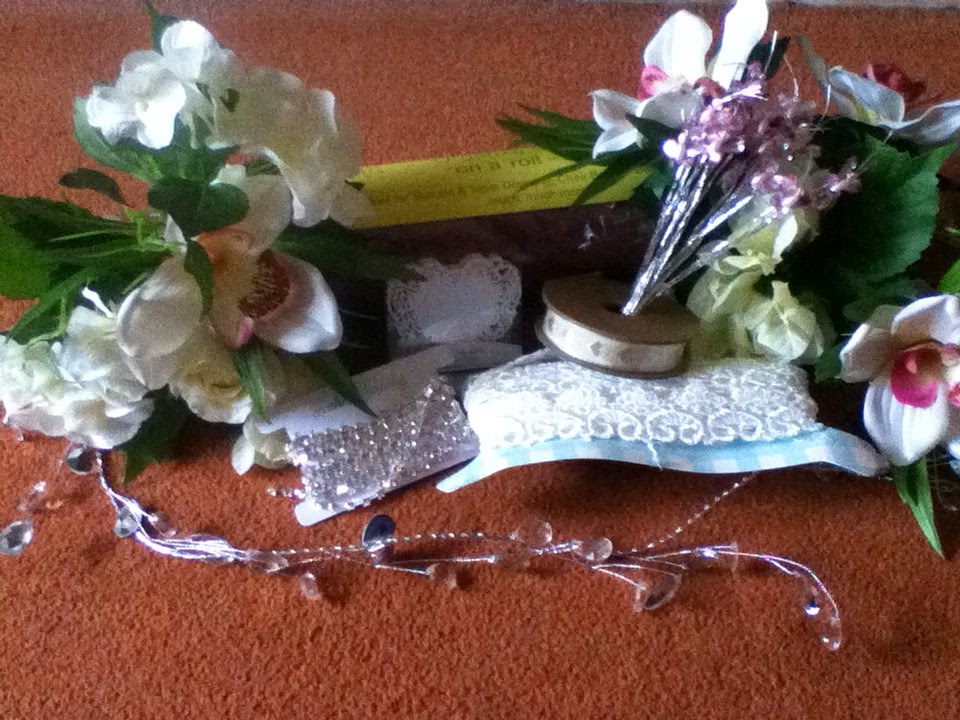 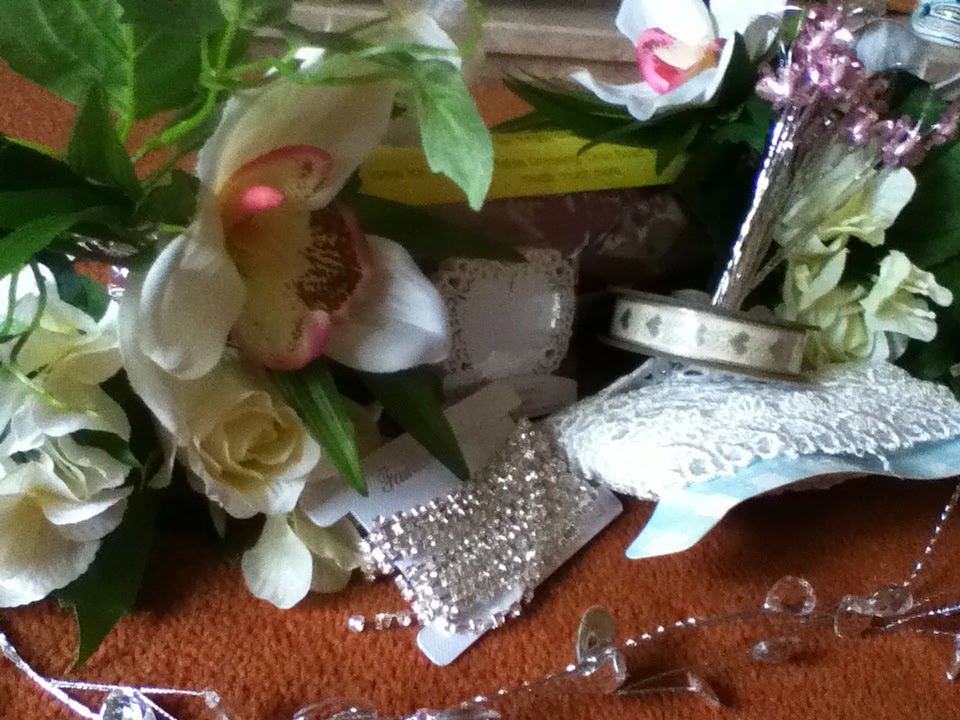 I knew this was an excellent opportunity to finally get my sewing machine out. It has been languishing for a good five years, mainly because I had no space to put it out in the house. The Boy has been promising a re-arrangement of the studio for some time so that I can have room for it there, but so far that has not been completed. So in the meantime I knew I needed to bite the bullet and get back on the old sewing horse.

The goodies I got from Country Basket had a whole range of possibilities – definitely terminators (or fascinators as the rest of the world calls them) and all manner of brooches and hats, but I knew that learning the necessary millinery skills in the requisite time was possibly a tall order. I had one day off work with no plans to speak of, so I knew my project would have to be possible in that one day.

I set to work searching out suitable patterns (my sewing experience is, at best, limited, so there was no way I could launch in with my own pattern) for clutch bags. I could see the potential in the shiny red-pink organza I had been sent, as well as the delicate white lace for creating a statement clutch that was both practical and pretty. 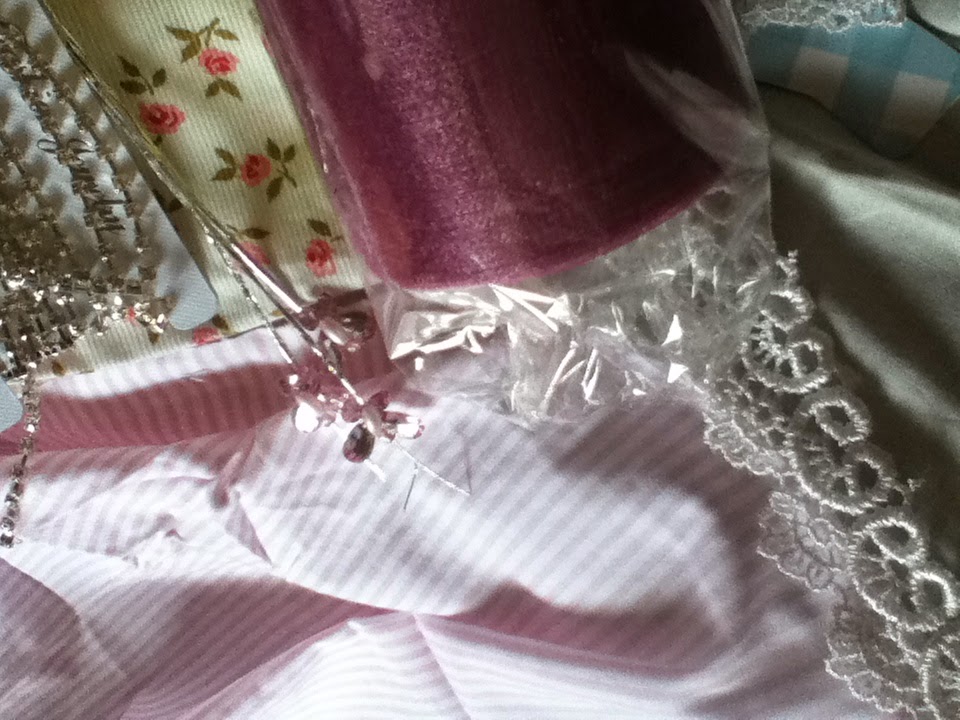 I hit upon this lovely, yet simple clutch sewing pattern on Noodlehead‘s blog. It’s an old pattern of hers but I’m truly greatful for the excellent tutorial. And so my plan was born. I started sifting through my stash of fabric to find some colours which would match the materials I had and would make a lovely wedding clutch, for a guest, bridesmaid, or even the bride herself!

I was keen to put some ‘little extras’ in there because I know that statement bold colours are a big trend for weddings in SS14, so I chose a bold flower patterned fabric for the lining, as well as having the richly coloured organze to use. Happily for me, another SS14 wedding trend is embellishment so I was absolutely quids in with the materials I had been sent.

With some trepidation (at times my hands were actually shaking! I clearly need to become WAY more practiced at using a sewing machine) I put the clutch bag together. Of course you should go to Noodlehead’s blog if you want the pattern, I will not claim any right to this little beauty. Although I will point out the little touches I added to make it my own…. 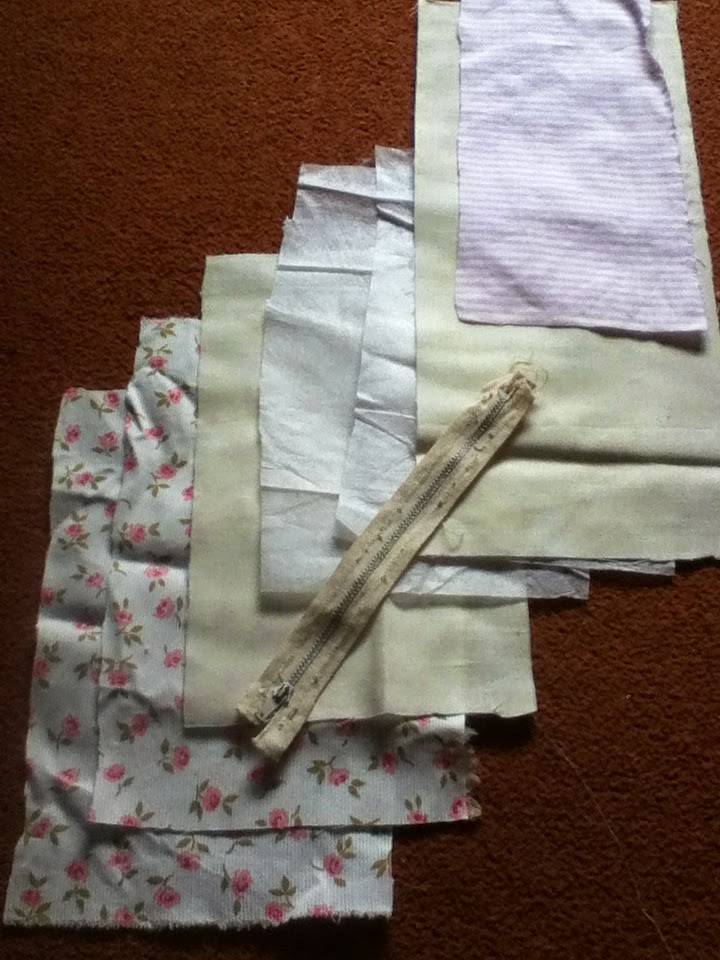 Cut out your fabric and iron on interfacing. I used an old zip that I had rescued from a threadbare garment some years ago. This was another reason for my massive fear – I have never (ever) sewn with zips before. And my machine does not have a zip foot…. 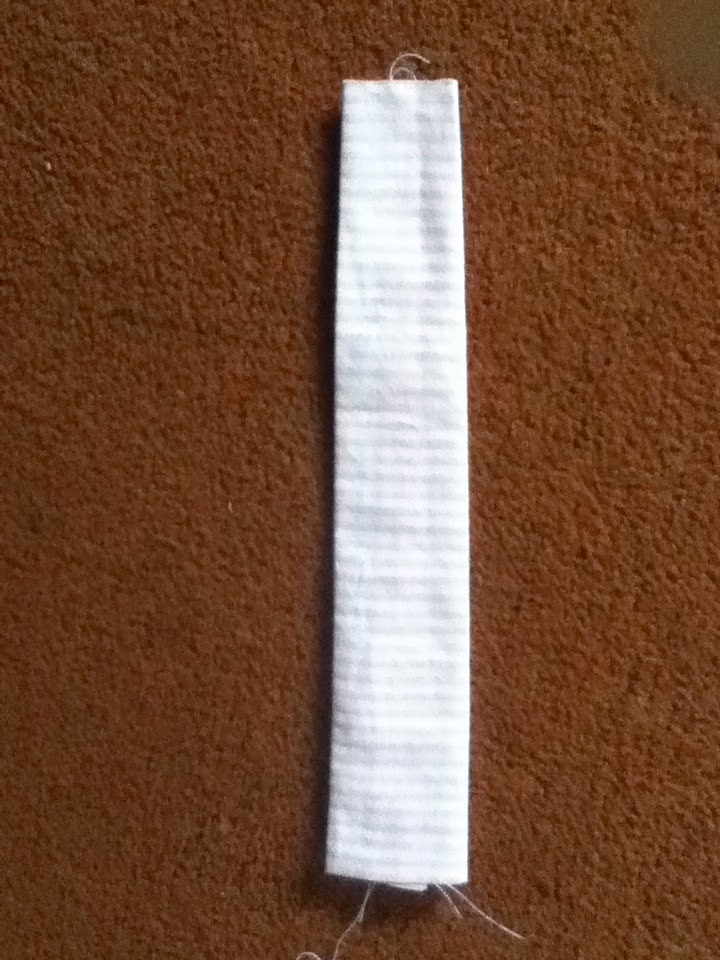 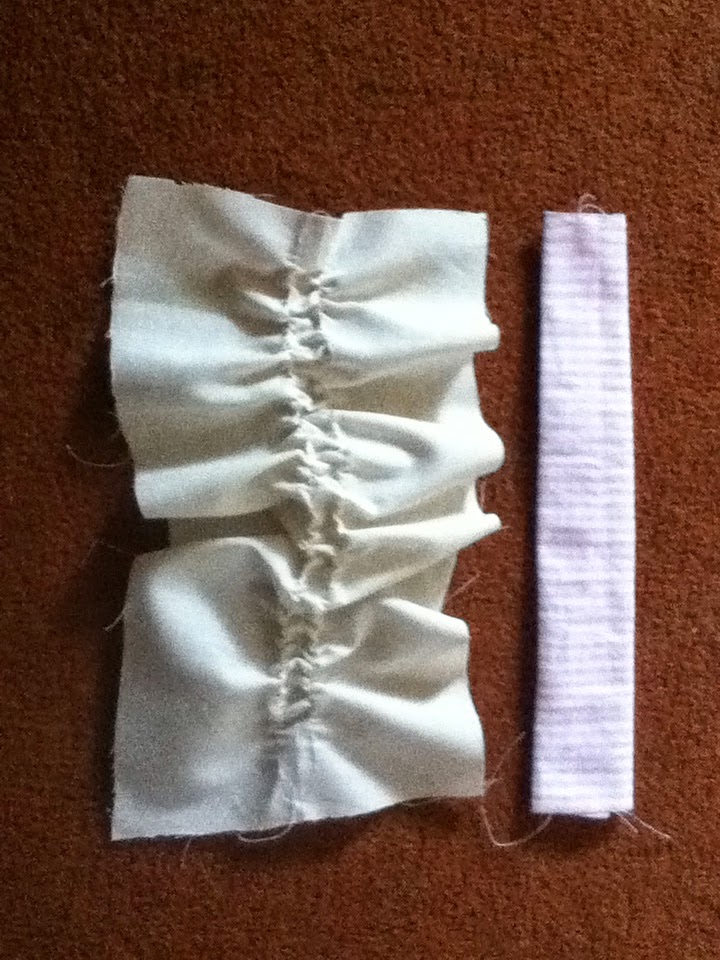 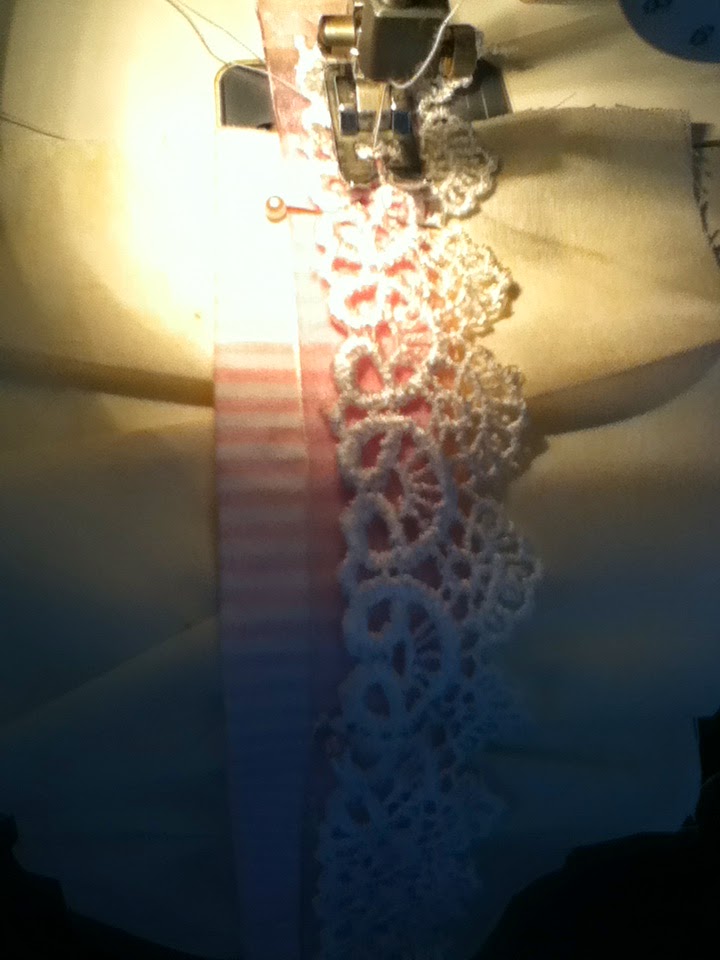 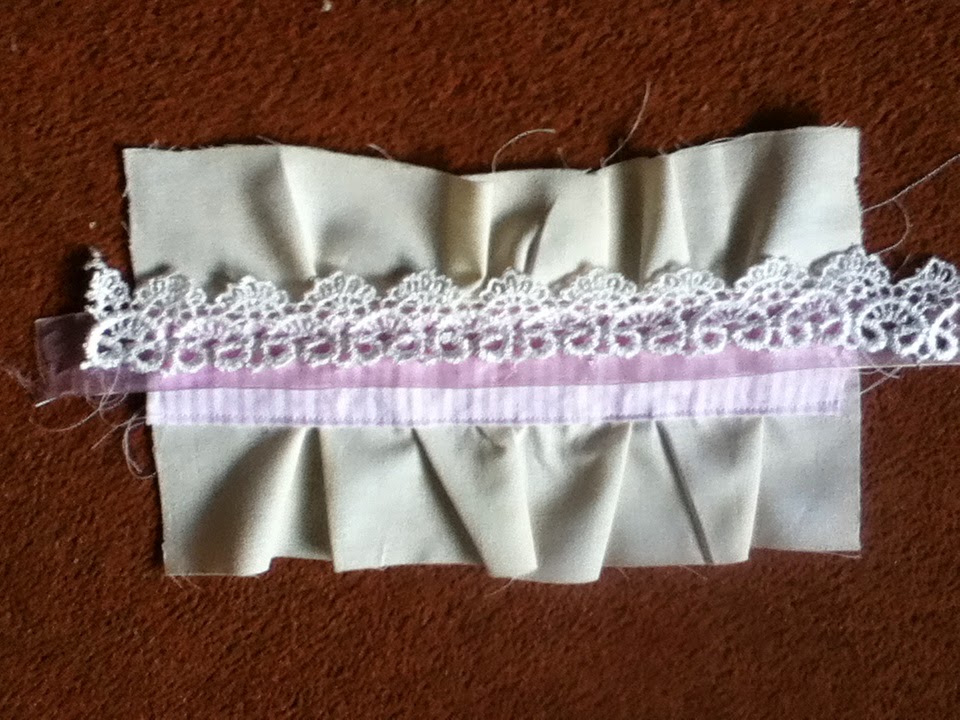 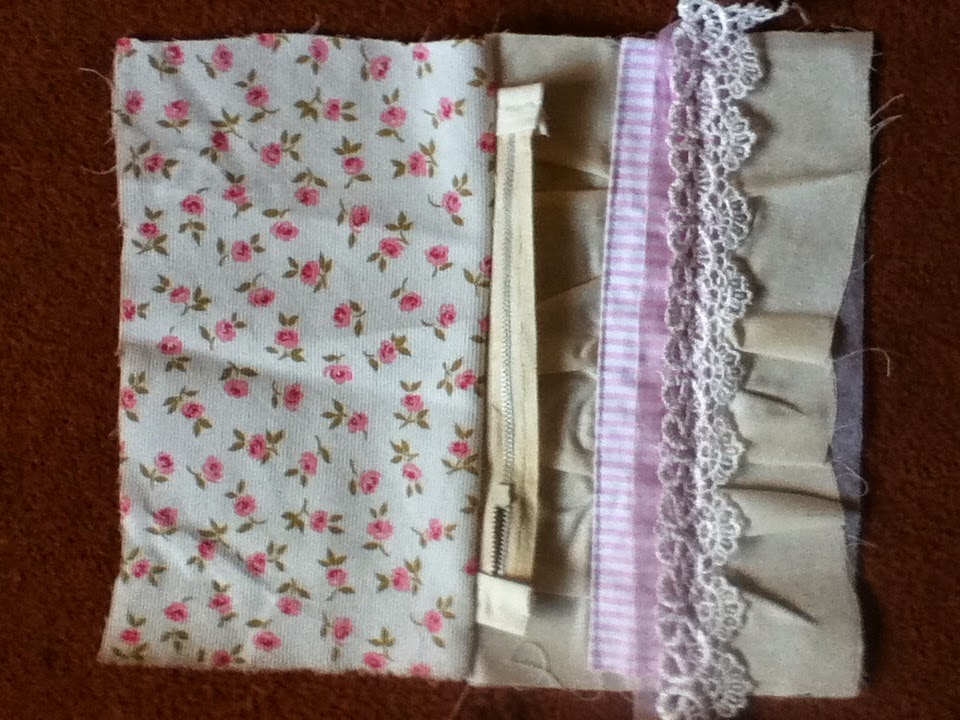 It continued to go surprisingly well. Apart from nearly forgetting to iron the interfacing on to the back panel of the bag (not sure if I missed the instruction or it wasn’t there). And all of a sudden, I had a wonderful little clutch bag! Absolutely couldn’t believe how nicely it turned out! 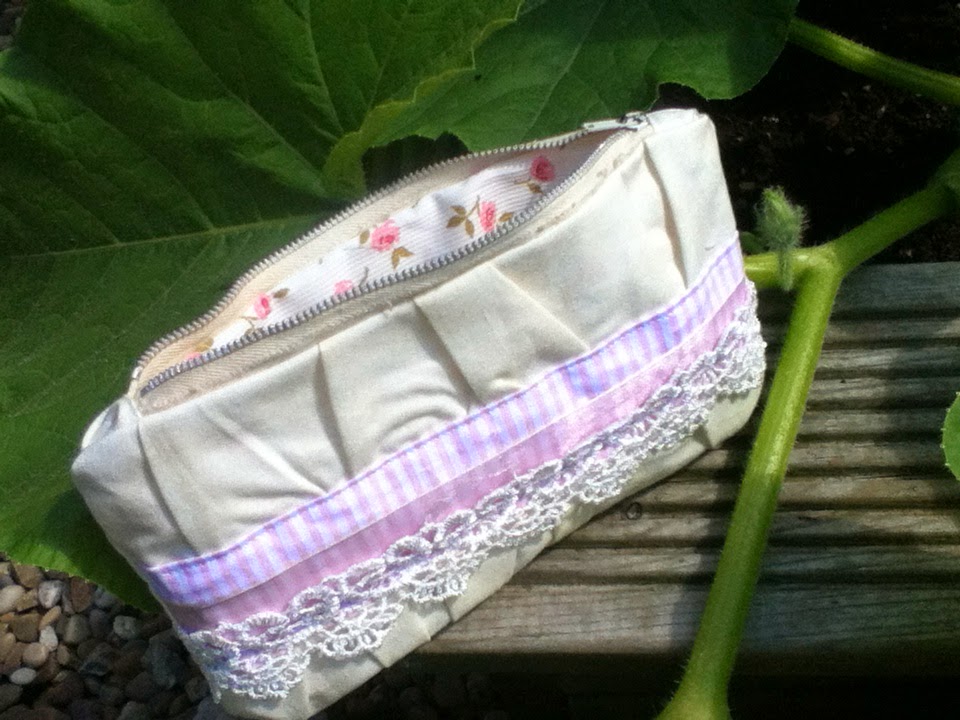 But it was too simple, although the contrast lining does everything I had hoped for. It needed that special touch to make it a statement piece. Bring on the fire!!

In order to create an organza flower, I followed a very simple, tried and true method. I have no idea where I learned it from, it’s just a method I have deep in my bones: 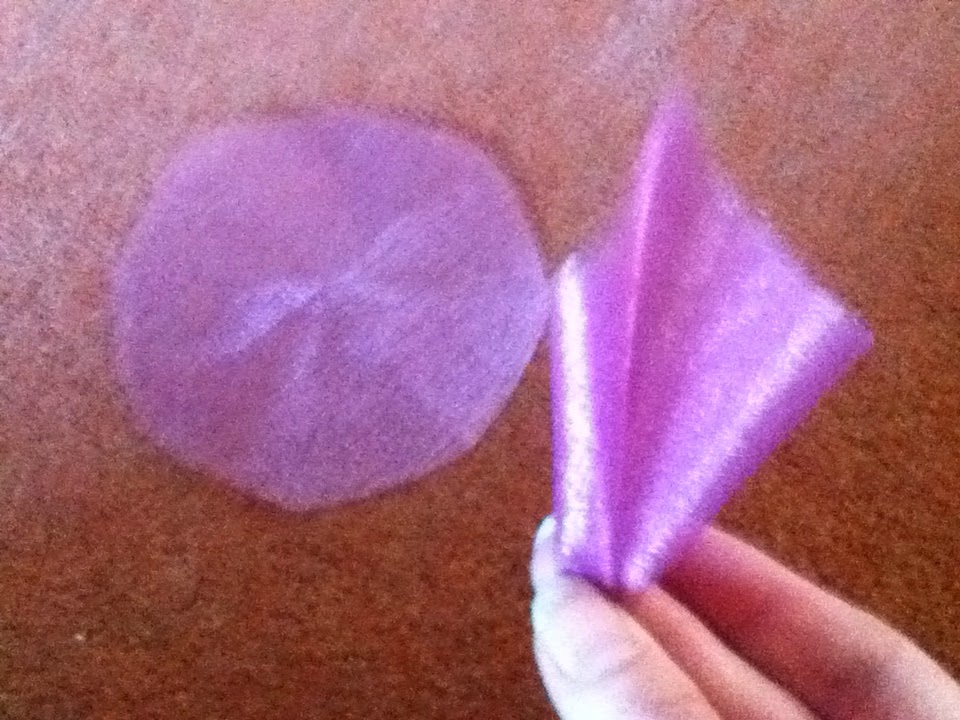 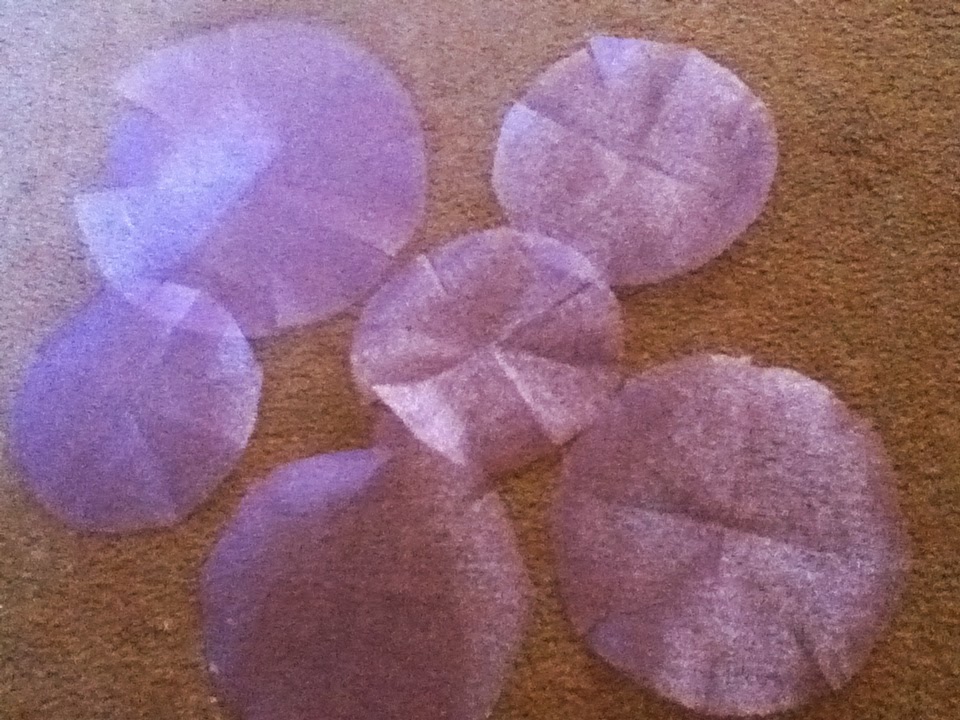 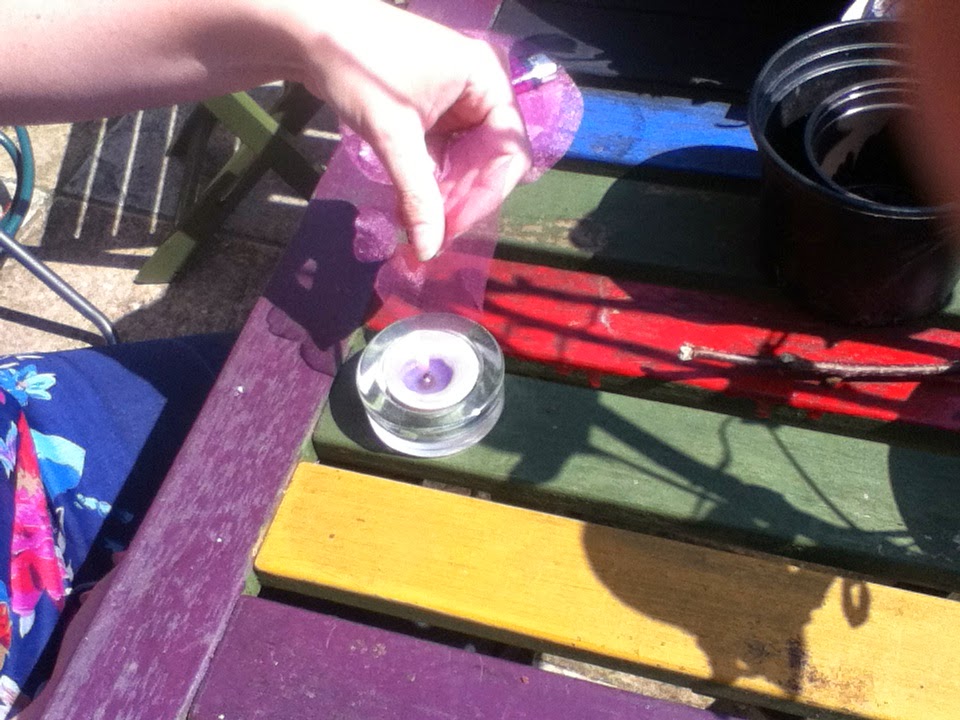 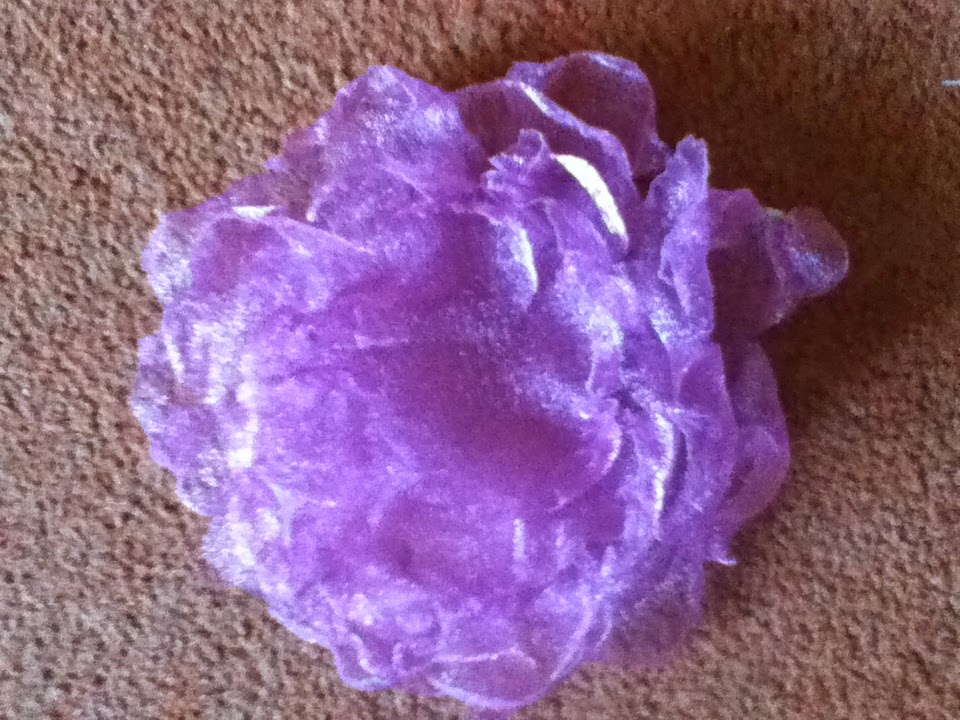 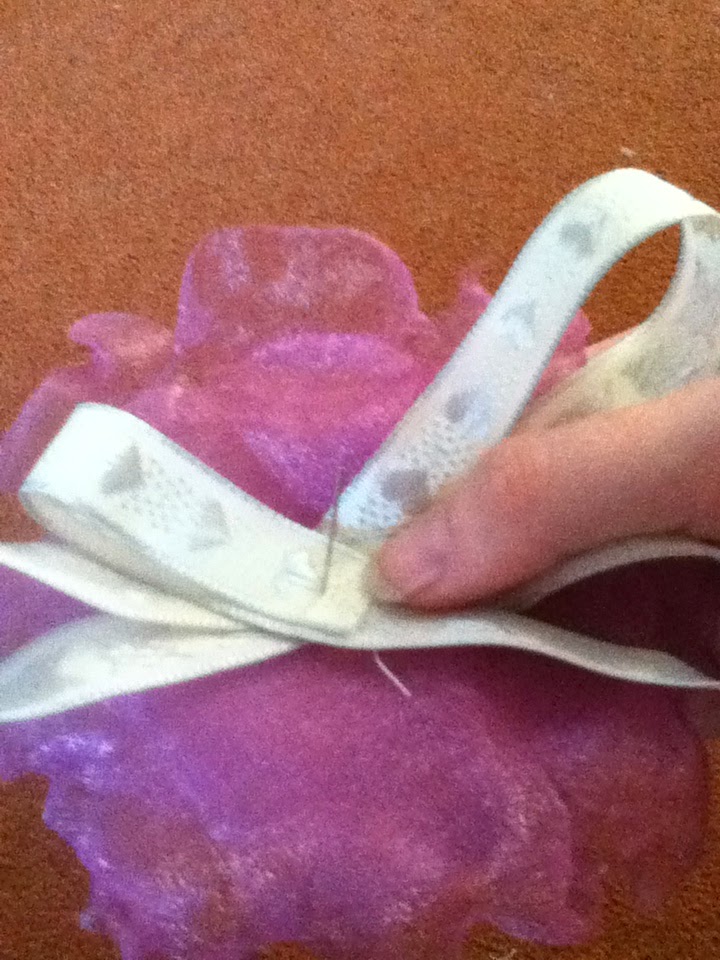 Then I had a rummage in my button stash for something suitable to finish it. I wrapped three wire butterflies around the middle layer of the flower – the silver stems making a pleasing extra heart to the flower which gave a really nice finish – and sewed it on to the bag with the white button nodding to the white lace and really bringing the whole thing together.

Finally, I finished the bag by using a jewel from the mirror garland that I received and used the wire to twist it on to the zip to create a more practical fastening with an additional touch of glamour. I finished the back of the twist with a blob of PVA to seal the twist and to stop the sharp edge from poking through. 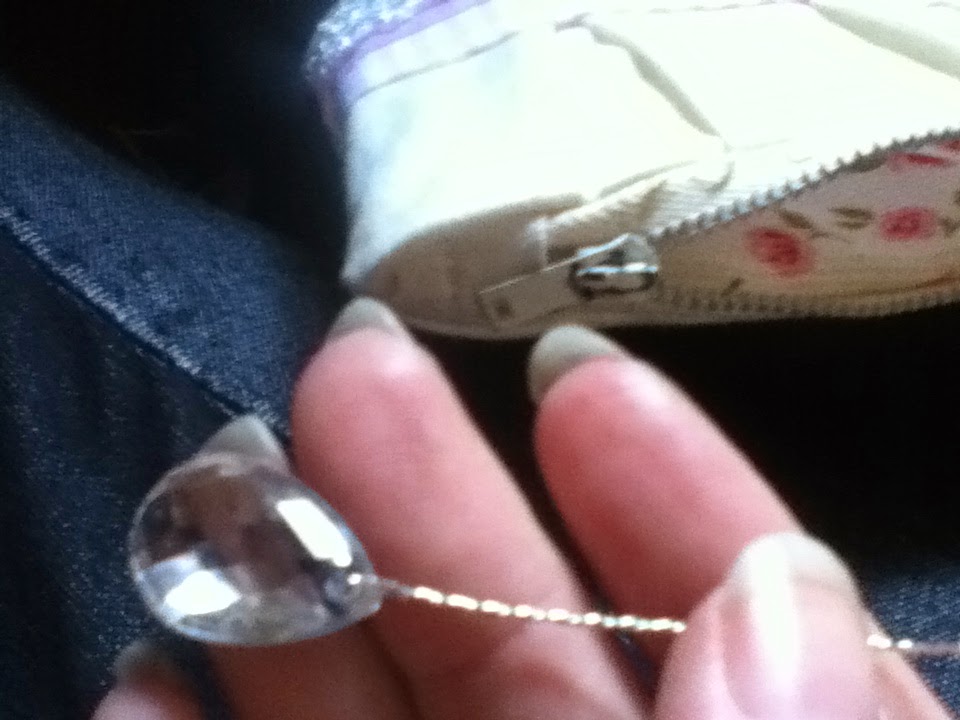 And there we have it! I hope you like my little effort. I think it would definitely suit a feminine wedding outfit. It has just enough body to hold its shape well and, to be honest, I’m still over the moon that my first sewing project in so many years has turned out so well! I’ve already started making a case for my knitting needles and crochet hooks because I’m so excited by the whole sewing machine thing. I feel a new obsession coming on…

As a PS, I had many beautiful things that I wasn’t able to use on this little project, but that I already have plans for. My gorgeous artificial flowers were too big for this bag, but you can see them photographed with the bag. I also had a string of darling diamante which I nearly hand sewed on to the top of the bag, before the zip, but I thought it would be a bit too much. At the time of writing this is on sale, so grab yourself a bargain, it’s lovely. There was a little pack of heart, laser etched place markers which I will have to save for a summer party in the garden! Sadly there was no room for paper in this make. 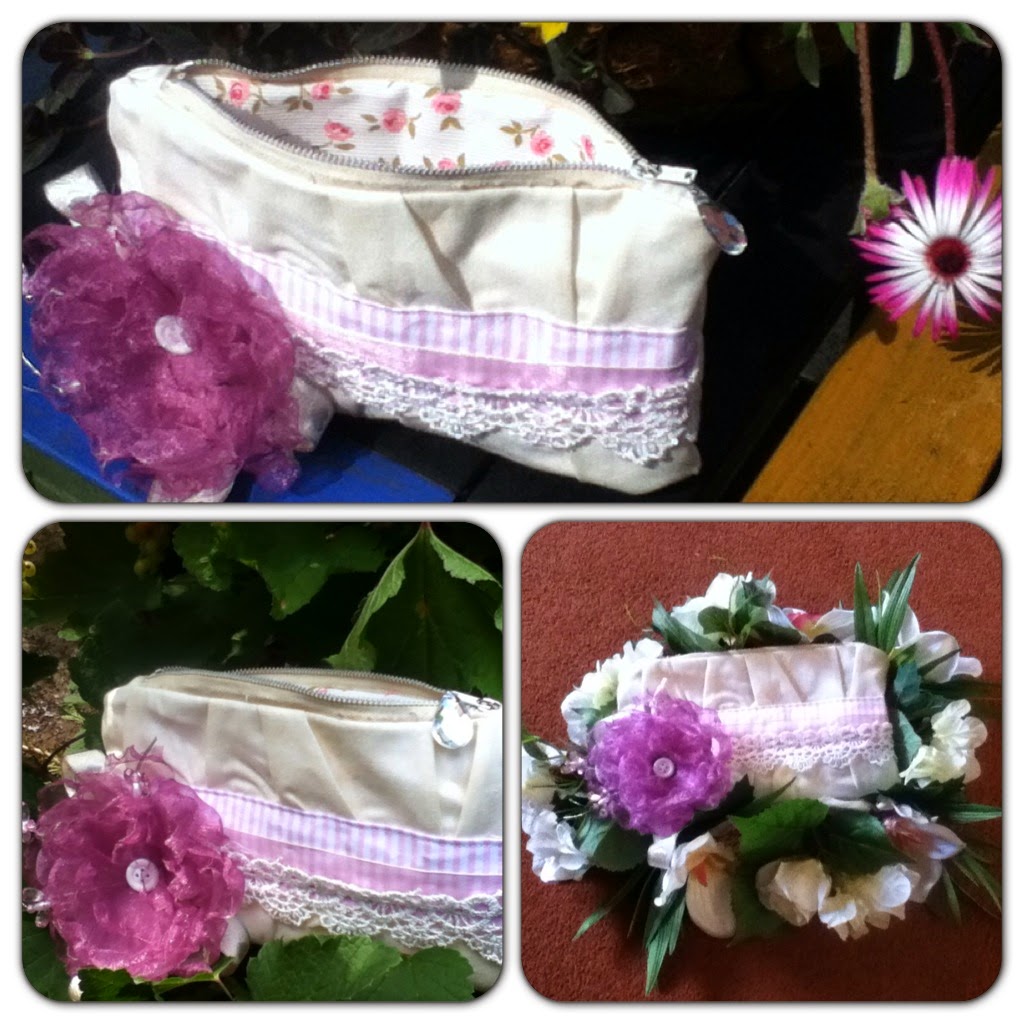