I’ve just discovered that Fiverr exists. It’s a great concept. Sell your service or product to the internet, for $5. There are proof readers, silly messages, music production – pretty much anything you can think of. It got me to thinking, what can I do that I enjoy, that won’t take up too much time, but will be worth someones five clams?

Based on some of my previous artworks, I came up with the idea of trying to hand make digital Andy Warhol’s ‘Marilyn’ style portraits. They are handmade because I don’t have Photoshop, so it is essentially (I imagine) a lot more of a painstaking process. There’s probably an app for it somewhere.

Anyway, I’ve spent an hour on it and here are my first three attempts? What do you reckon? I thought I’d do my friends’ rat, Brenda, since I happened to have a photo of her. They love Leicester City Football Club, so I’ve tried to replicate the Foxes colours for her portrait. I hope they like it.

I also did one of The Boy, my third attempt, which is perhaps a little more true to Warhol’s style, but particularly unflattering! It made me giggle and he’ll probably tell me to take it down, but I like it. I’ve made it small though, so as not to increase the agony. 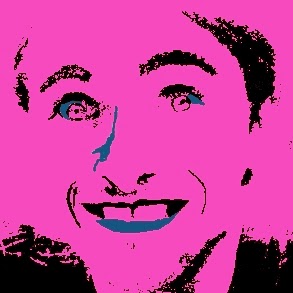 So what do you think, Internet? Would you pay $5 – that’s £2.97 according to the current exchange rate – on a portrait of a loved one like this? I could even do multiple colourways… 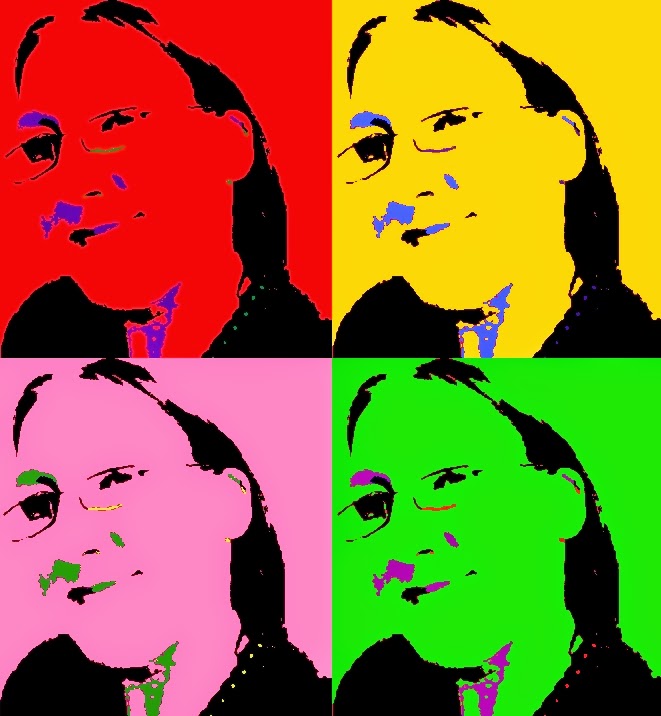