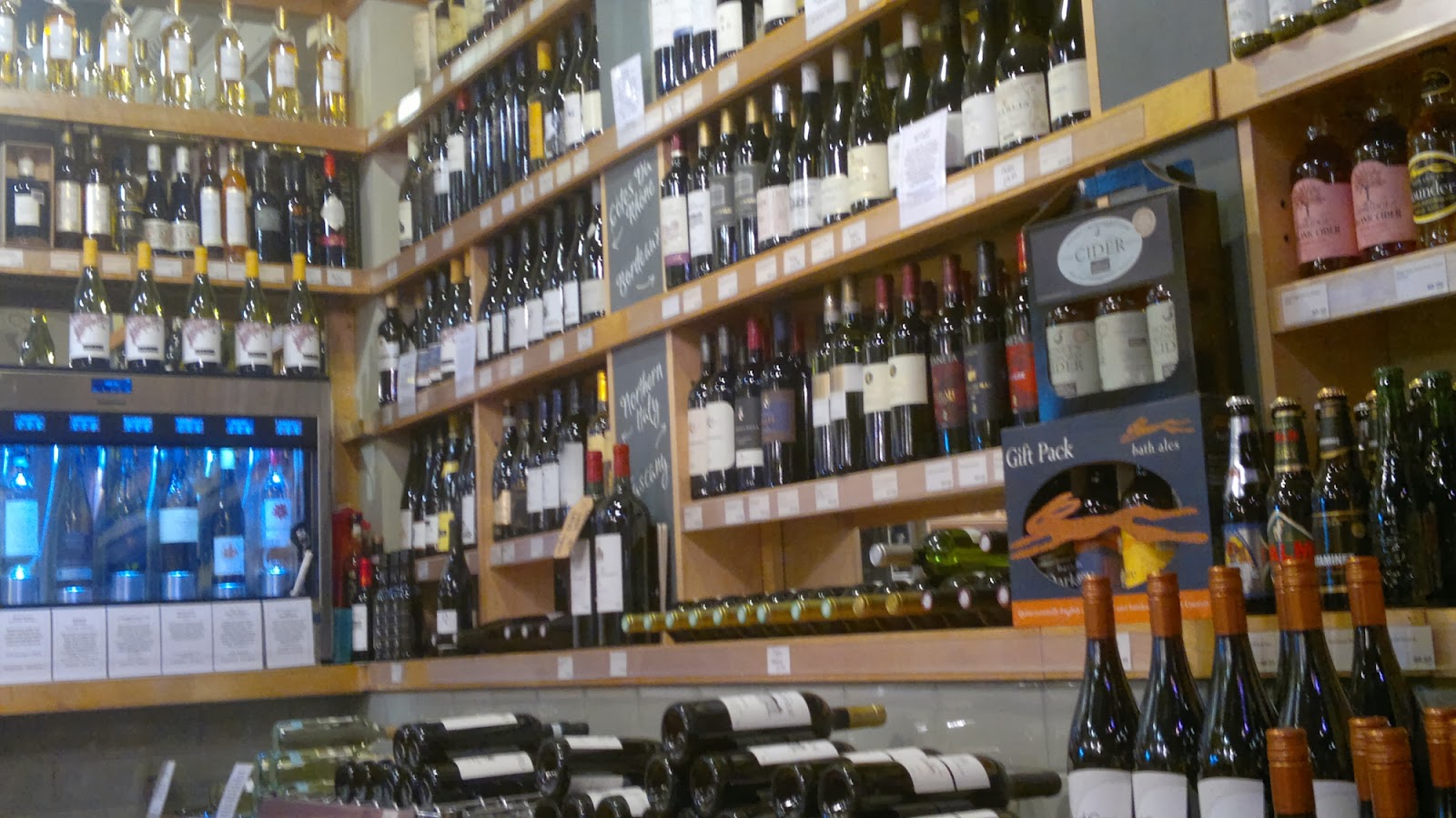 You know when you stumble across a new place totally by accident, and then you kind of feel glad that you don’t live nearby, because you’d be there all the time and then you’d have no money left because you’d spent it all on charcuterie and lovely wines? Yeah, that’s how I felt when I discovered the Chandos Deli in Bath. We were just ambling around, enjoying our time in Bath after the Badger Ales pie competition, and we found this deli on the way.

Really unassuming and peaceful, the deli has an awesome selection of food and drinks, clearly visible through the window.  They had a lovely mix of fresh, local produce and a quite impressive wine selection. 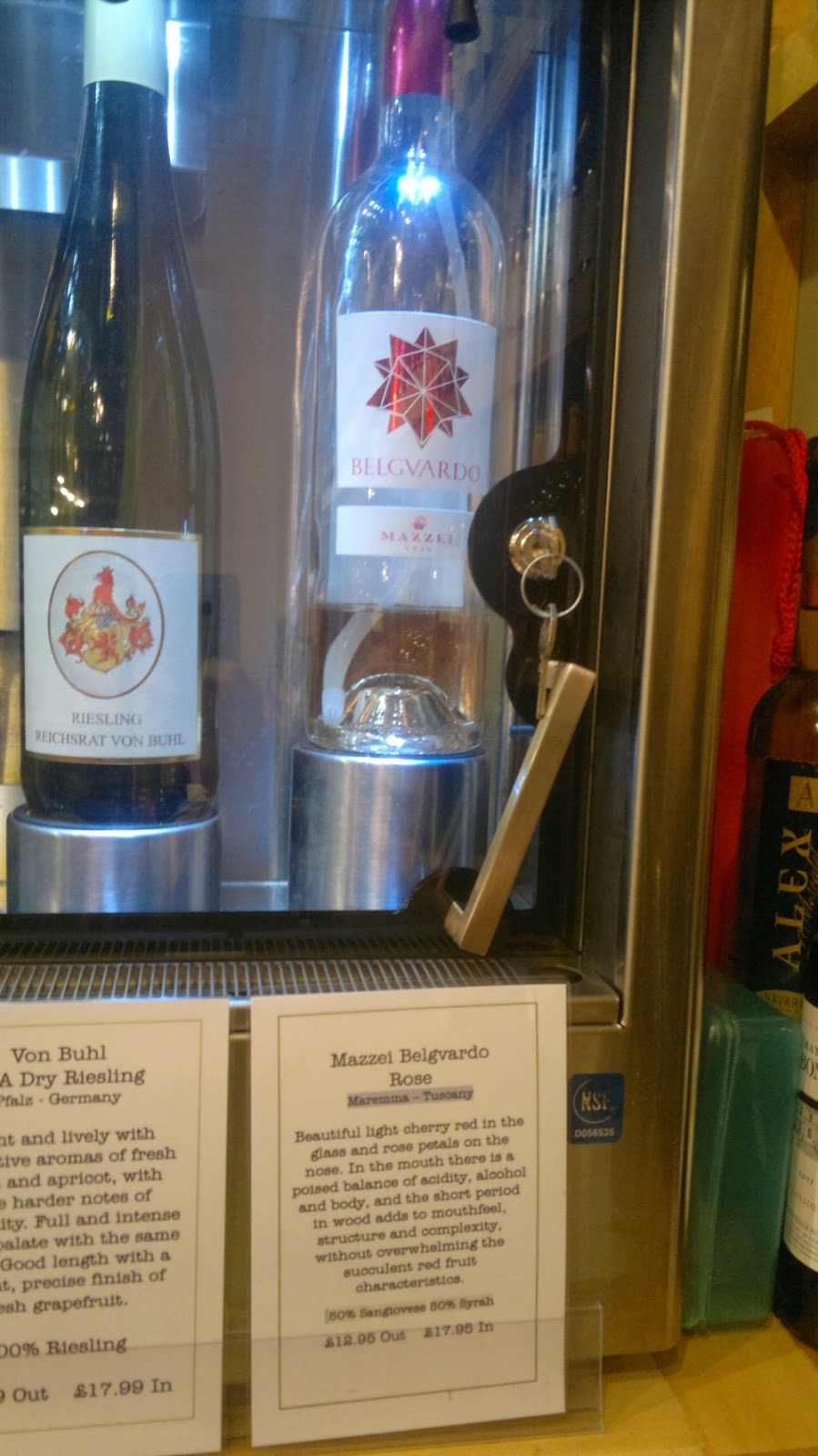 I had to get the old camera out and take some notes. Initially, it was the wine that attracted me. They have a super space age wine dispensing machine, which probably shouldn’t feel as exciting as it does. If you have the magic card, you can press a button and have a free 10ml taste, or select a 125ml or 175ml glass to sit and drink.

The first drink to catch my eye was this clear wine. I am a sucker for a gimmick I know, I really liked Tab cola as well. It is quite cool though, a 50% Sangiovese and 50% Syrah red wine that has ever so slight colour in the glass. It was pretty light bodied as you’d expect and I did like the light touch floral notes. It was pretty fun and for £12.95 a bottle to take out, probably worth a punt, just for the fun of it.

Having tried that, we decided to go a bit more serious. We wanted to stay and hang out for a bit, even though it was quite quiet it was still a really welcoming and relaxing place. After another taste, I settled on a glass of the Chateau Carbonneau Sequoia, while the Boy selected from the variety of local ales and ciders on offer and opted for two bottles from the Tiny Rebel brewery – the Belgian Urban IPA to take home and the Full Nelson Maori Pale Ale to drink in, both of which he was really impressed with. 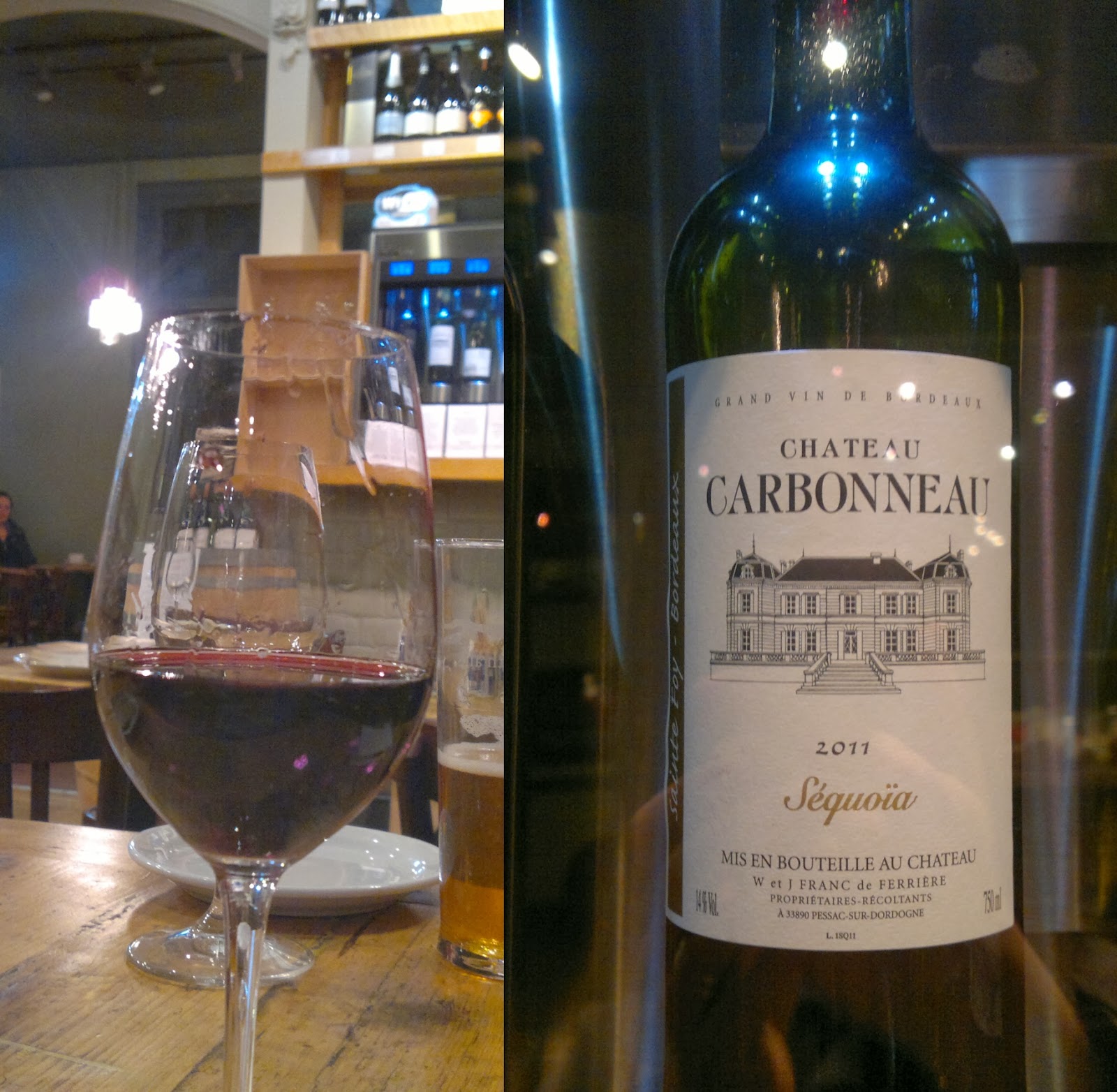 From Bordeaux, the Sequoia was a little delight. Made from predominantly Merlot, it has a touch of Cabernet Sauvignon and Cabernet Franc which mercifully takes the edge off the Merlot’s usual juicy characteristics. Really woody on the nose, like the dresser at your nan’s, the fine oak scent was really appealing. The flavour was rich, but not too smooth or creamy. However, there was the lightest vanilla hit and also a slight caramel note. As if from the centre of the barrel it tasted tannin rich, but not overly heavy. It’s a red wine for red wine drinkers (like so many nice drops from Bordeaux), without any predominant fruit. It was one of the easiest on the pocket at Chandos, at £9.99 to take out and £14.99 drink in. 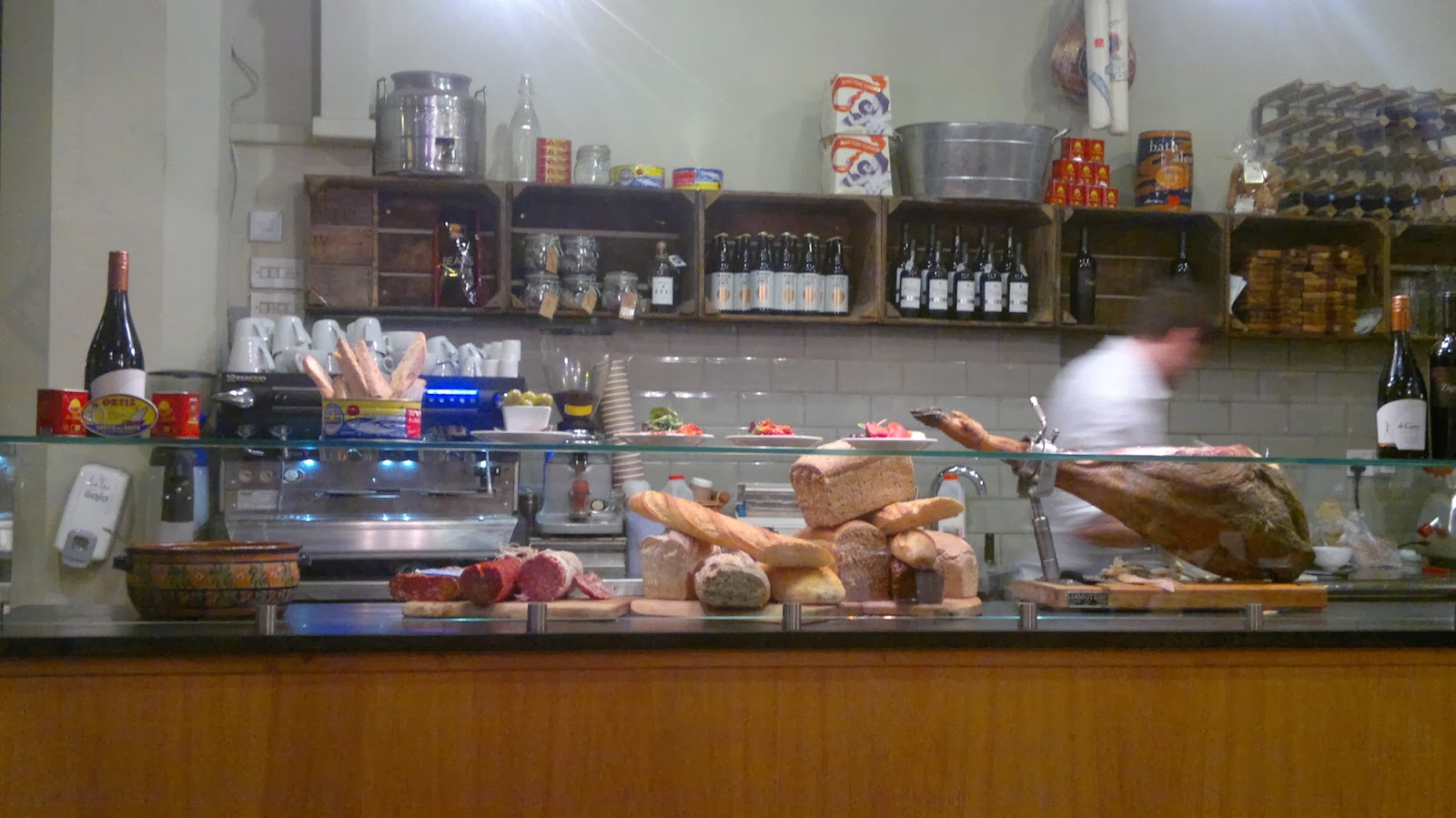 They had a great charcuterie selection, including a super delicious looking whole leg of what I presume was a prosciutto of some description. Along with artisan breads, cheeses, and olives it is an idea place to stop for a light nibble along with a drink. They also have some lovely Italian brand snacks, including particularly epic looking pannetonne.

I was impressed by the chocolate selections, especially the super extravagent Lauden chocolates – probably worth stopping in there to buy yourself a coffee and have a little box of these while you watch the world go by from one of the little tables. Or just look at them for a while, they’re beautiful. 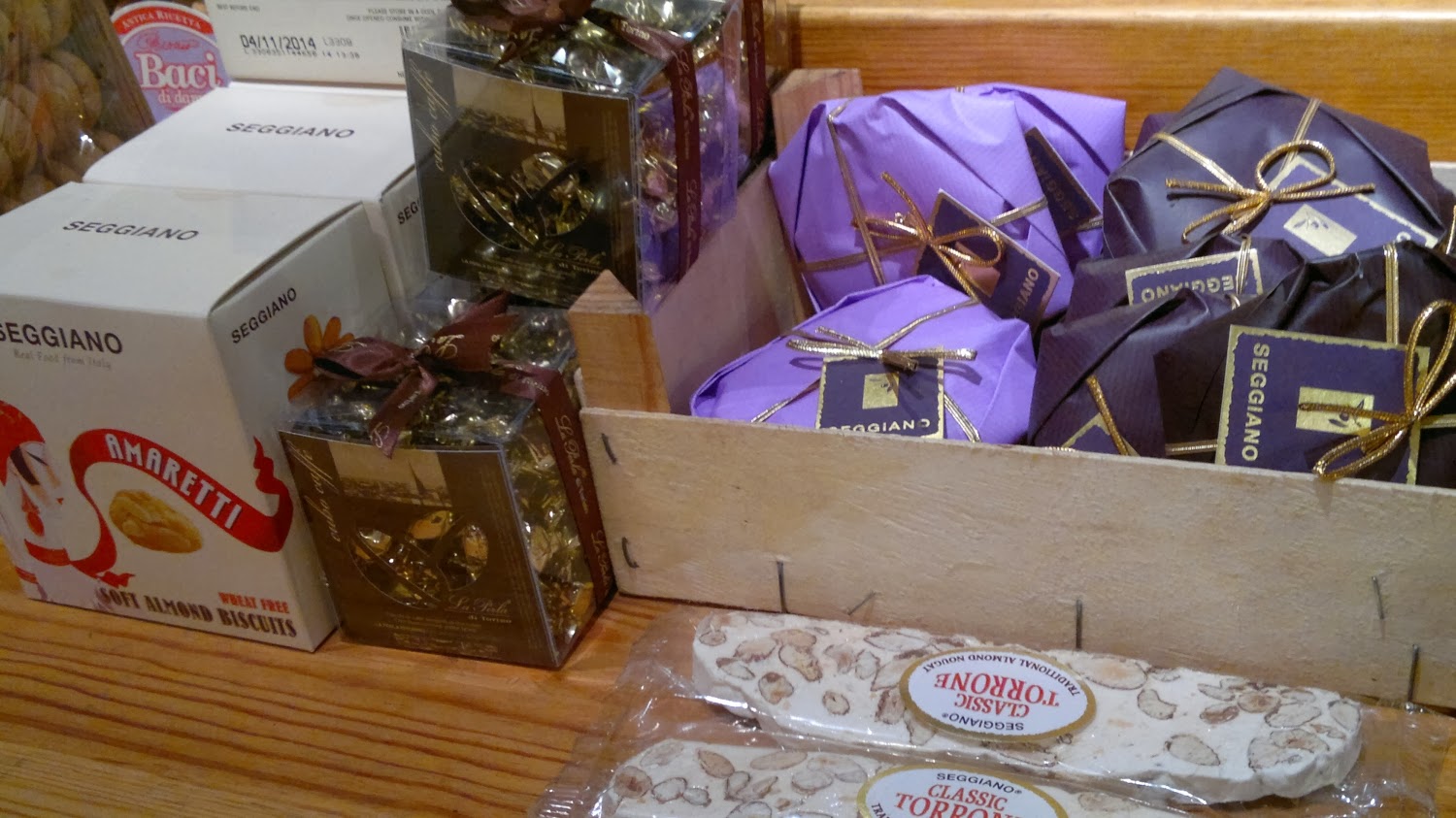 The staff were also completely lovely – helpful, knowledgeable and friendly. In short, this place has everything. I have to give it 10 out of 10 Extreme Points, and urge you to stop in if you’re in the area. I think I would probably live there if I could, eating cold meats and drinking wine to survive. It’d be a tough existence, but I could probably manage it. 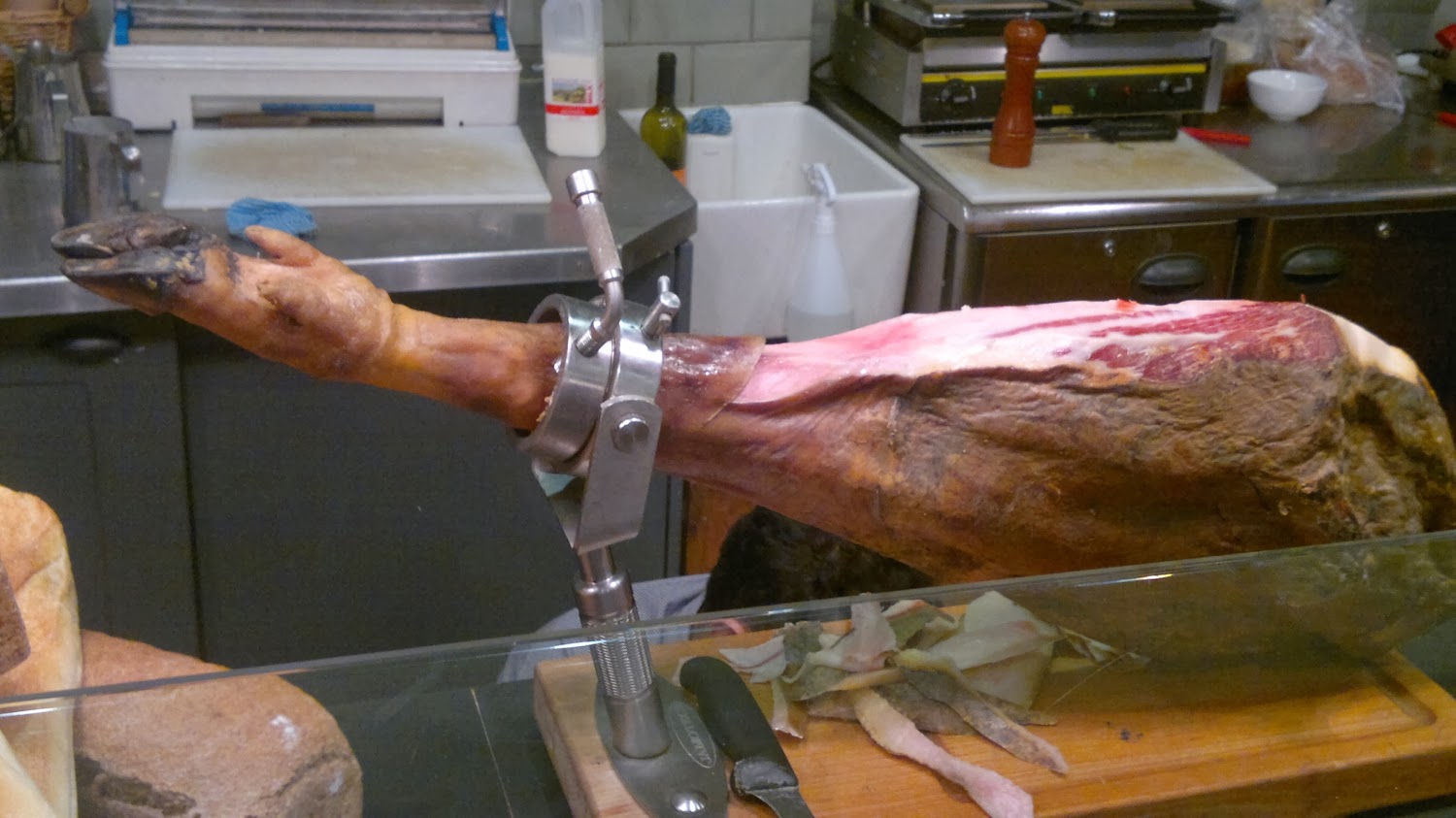 Having looked at their website since my visit, I can see that they have a number of other locations in the South West. Given the chance, I will be trying them also. This is exactly the sort of place that I have experienced in California, in Spain and in France, and am always disappointed I do not experience to the same quality in the UK. Well done Chandos.