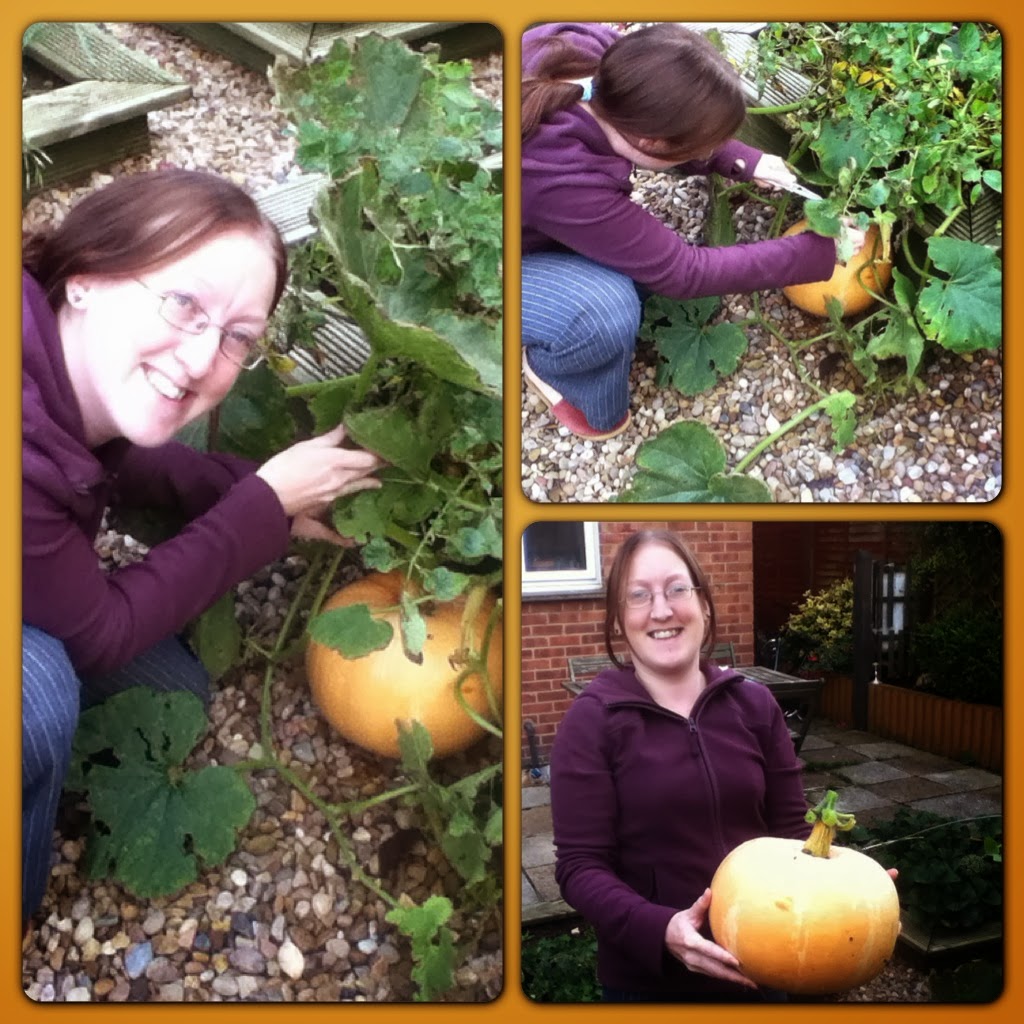 The more elephant-like amongst you (in a good, memory-based way) will remember that this Autumn, the Boy and I won a prize winning pumpkin! He was called PumpKing Dickie, and won us a complimentary night at the Ramada Encore in Leicester. (Thanks guys, we’re saving our prize for a very special night out!) 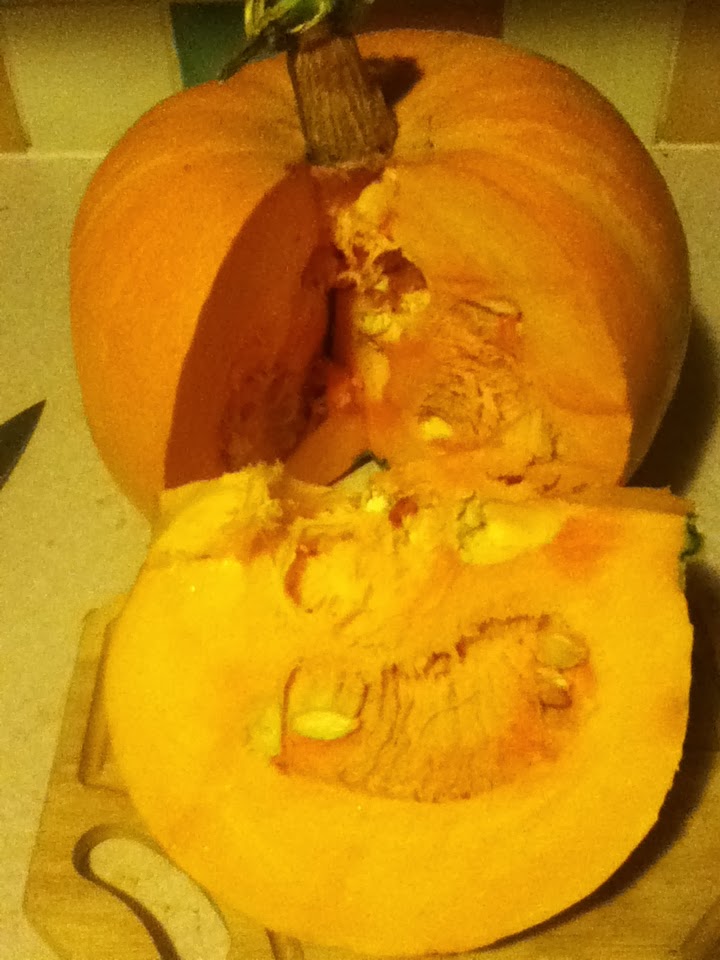 Anyway, as you can expect with such a massive pumpkin, it took us a long while to get through it. I made a record of some of the many pumpkin offerings that we made during that glorious squash glut. Then, like the total fool that I am, I completely forgot to actually write a blog post about it. Now I think, therefore, that this post should be a tribute to Dickie and all of the great meals he made for us. Come back next Autumn and use some of these ideas for yourself.

The first use, of course, is propogating the species. We have a big bag of seeds, ready to have the fun growing experience all over again next year. There was certainly no shortage in there. If I hadn’t used the pumpkin flesh over so many meals, I would have scooped out the whole lot and roasted some for delicious pumpkin seed snacks, but that is one for next year. When we grow Dickie II! The first meal I made was a super healthy one (well, the veg element anyway!). Spicy pumpkin wedges, roasted off in a pan with some sausages and then a chopped leek sprinkled over for the last 10 minutes. All served with gravy, this was really a robust, filling and highly flavoured winter dish.

I used a mixture of paprika and cayenne on my wedges, but you could use any spice combination. I think a garam masala, Indian inspired effort would work really well with the slightly sweet pumpkin too. It’s a lower carb alternative to potato wedges, and really tasty. If you have a fresh pumpkin and can’t be bothered to peel it, then don’t bother – the skin softens up just fine in the oven. That way you can also use less oil if you choose, as you can stand all the pumpkin on the skin side and it won’t stick. 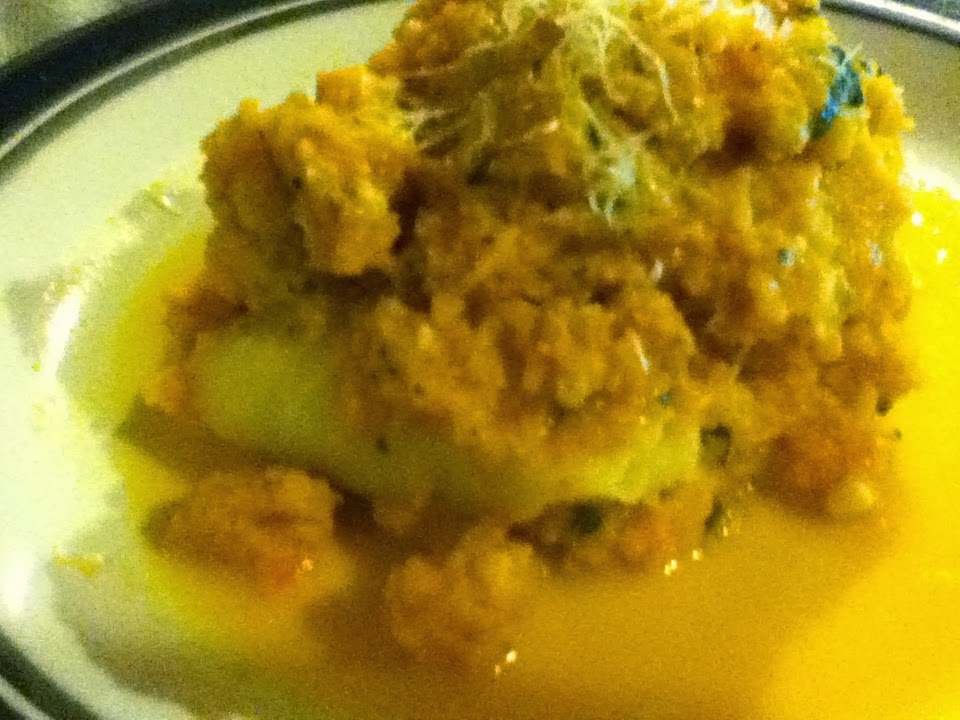 Another meal which I didn’t quite finess properly was using the pumpkin as a low fat basis to a sauce for pasta. Here I had some home made tortellini style pasta with a spinach and low fat cream cheese centre. The pumpkin was cooked and pureed up with a touch of sauteed onion and garlic, sage, a bit of stock and finished with a sprinkle of freshly grated parmesan on top. As you can see from the picture, it didn’t emulsify together quite as well as I’d hoped, so it needs a bit more experimentation to get the consistency right, but it was really good to eat! 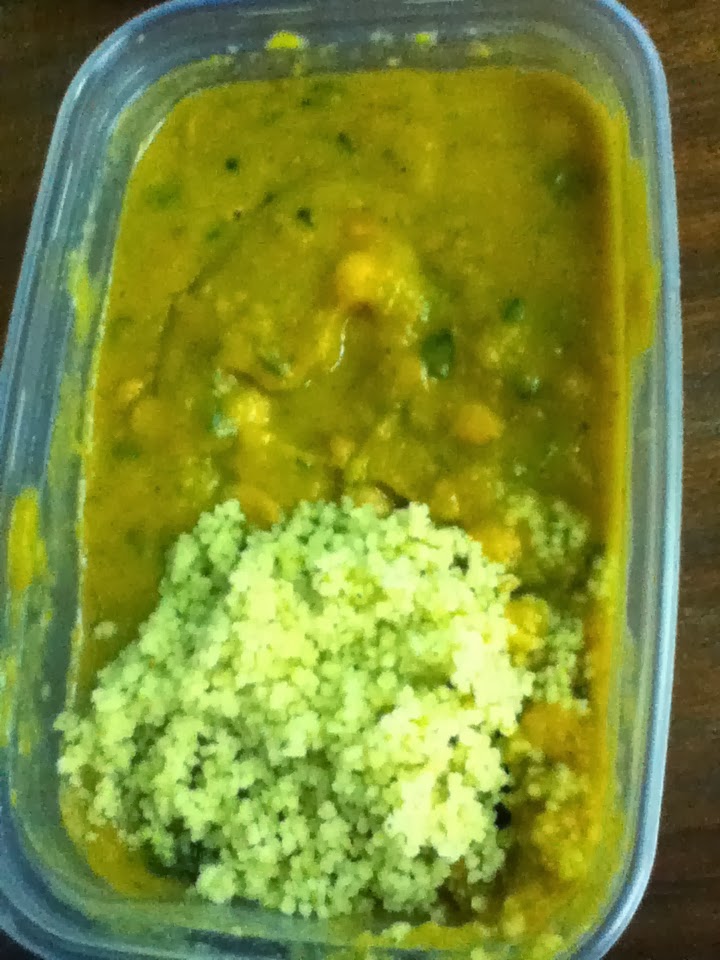 I think my favourite use for bits of Dickie was this super creamy curried pumpkin that The Boy made for me.  This lasted us a number of meals and was a real treat to warm up in the office for work lunches.

He cooked the pumpkin low and slow with some lentils and Indian spices, finishing with coriander. The long cooking made a really silky texture, it was beautiful. I served it here with cous cous, but we also had with rice and naan and also as a vegetable side to meat curries. I cannot recommend curried pumpkin enough!

We also used some of Dickie to make a pumpkin bread, which was moist and lovely. Not a pumpkin pie in sight, but definitely a real mixture of interesting, home grown meals. I am already looking forward to next year’s crop!