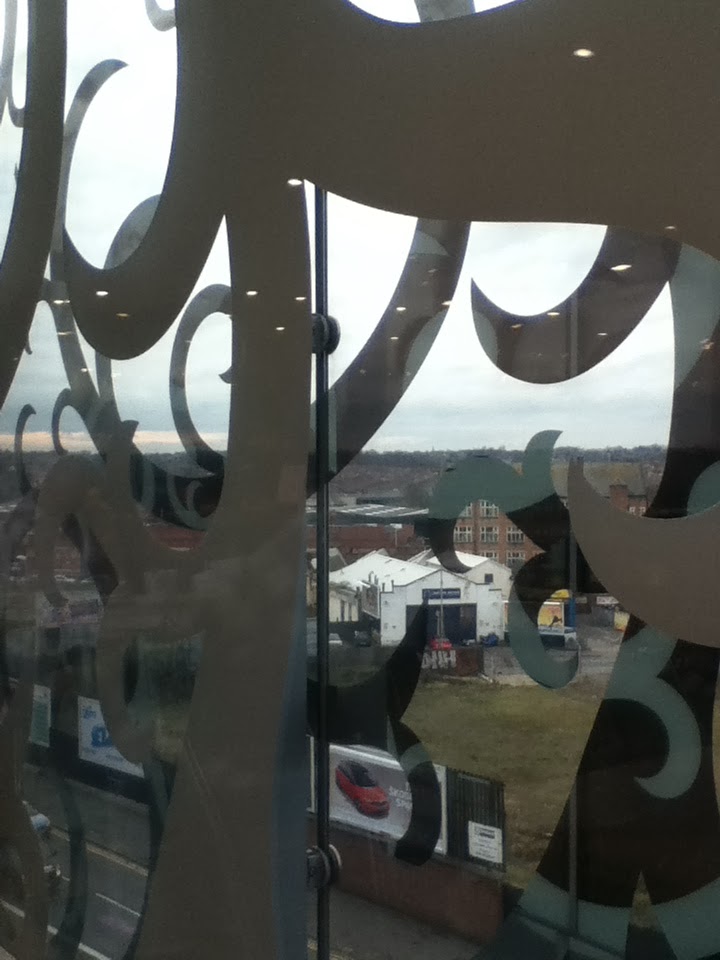 Like a lot of you out there, I’ve got straight in on the new my John Lewis card, which gives you a stonking six months of free coffee and cake. It’s quite a clever marketing ploy really, because I have a self imposed ban from going into John Lewis, so for the last two months I have been nipping in and of course having a little looksy in the haberdashery and kitchenware sections – my secret vice. They do have fun crafty doodles!

Anyway, I was so busy in December that I completely forgot to use my voucher, so in January I resolved that I would do better and headed on in. The Place to Eat is on the top floor of John Lewis, Leicester Highcross and I had never been in there before. It’s quite a peaceful, nicely laid out cafe of not insubstantial size, but it does get very busy of a lunchtime. You can sit and stare out the window of the crazily adorned building and look out over the north of Leicester. It might not look much, but I’ve come to appreciate urban landscapes much more over recent years. I like to spot the buildings I know and see interconnections that I perhaps hadn’t appreciated before. I could see Old John, off in the distance and knew I was looking towards my house, where The Boy was. I also enjoyed connecting the dots, seeing the ancient street plan mapped out by the surviving routes of Roman roads and churches with medieval origins. Oh yes, I’m a lot of fun in tall buildings, I’m surprised I was there on my own. 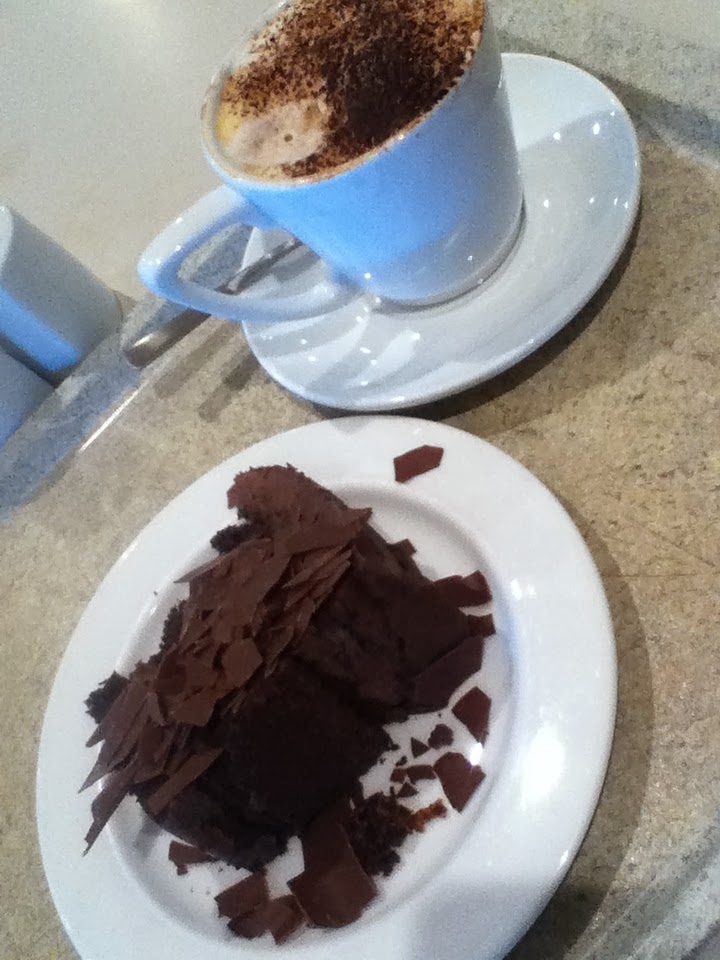 January I nipped in on my lunchbreak. I opted for the biggest, richest piece of cake in existence, this mound of chocolate cake, with tonnes of extra chocolatey shavings. I accompanied it with a cappucino, because what I needed were some chocolate sprinkles to really finish things off. This would have come to just under £6, which is a little on the pricey side for me, but does compare relatively favourably with other cakeries in the vicinity. They do have other options which are less expensive – the big slabs of cake are the most expensive, but they also do muffins, cheesecake, scones, millionaire’s shortbread, a whole range of stuff. It is all nicely presented and has that handmade feel to it.

In fairness, it was delicious – rich and dark and unctious. I did feel quite sick afterwards so I would recommend sharing a slice of this between two. The coffee was well made and tasty – just enough to water down the richness. 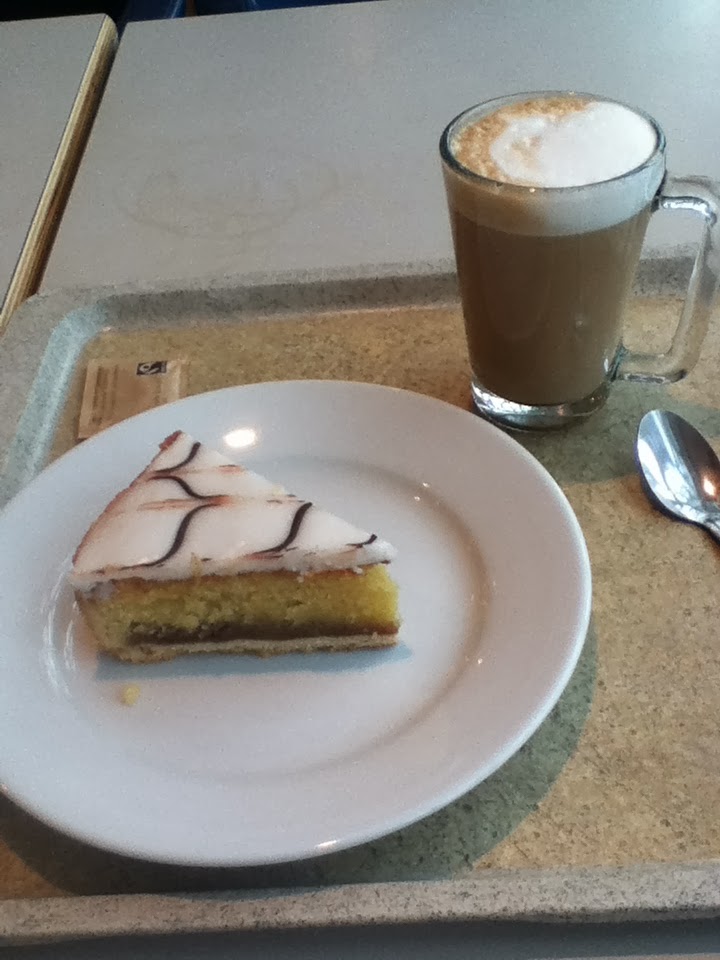 Come February I realised it was time to nip back, and so I ran in. This time I went for the cherry bakewell I had my eye on last time (it is one of my favourite desserts). I teamed it with a latte, which to be honest, was kind of like the cappucino, but in a glass. Still, this came to around a fiver (if I’d paid) and I really enjoyed the bakewell. Not so much as last time, with lovely crisp pastry around the outside and a soft, moist, almondy filling. The jam was tangy and sweet and the icing added enough sweetness without it being cloying. I would definitely recommend it.

I also really liked that every month, they donate £3k to local charities. You get a little token when you order, and as you leave you can choose which charity you want to support. They allocate the money according to the proportion of tokens each one receives. January I went for a local homeless charity, this month, it was animal aid. I noticed the month before they’d been supporting local arts charity, Soft Touch, which was a good thing. Let’s hope they go for the Friends of Jewry Wall one of these months!

I haven’t tried their main menu yet, I’m stuck on the free cake, but from what I saw of other diners, they appear to do one step up from usual canteen food. It’s no BHS canteen (sorry BHS, but it ain’t great). If you’re in the area, why not stop by and let me know if the savoury food is worth popping in for on my lunch break?