Anyone who has been reading this blog for a while will know that I have become personally equated with tens of thousands of crumpets and coffee beans by making slightly strange giant art works. I guess this is why I have now been given the honour of becoming a Crumpetier!

Crumpets & Coffee apparently started because one colleague had a funky snack at work and the other didn’t, so they found a way to share the crumpety goodness to office workers everywhere. It’s a simple concept, but effective, and I was lucky enough to have a Standard box sent in my direction to try it out. It’s kind of like a Graze box, but less snacky and generally more satisfying to your senses as it provides your office with the fresh brewed coffee smell as well as the snacky goodness. 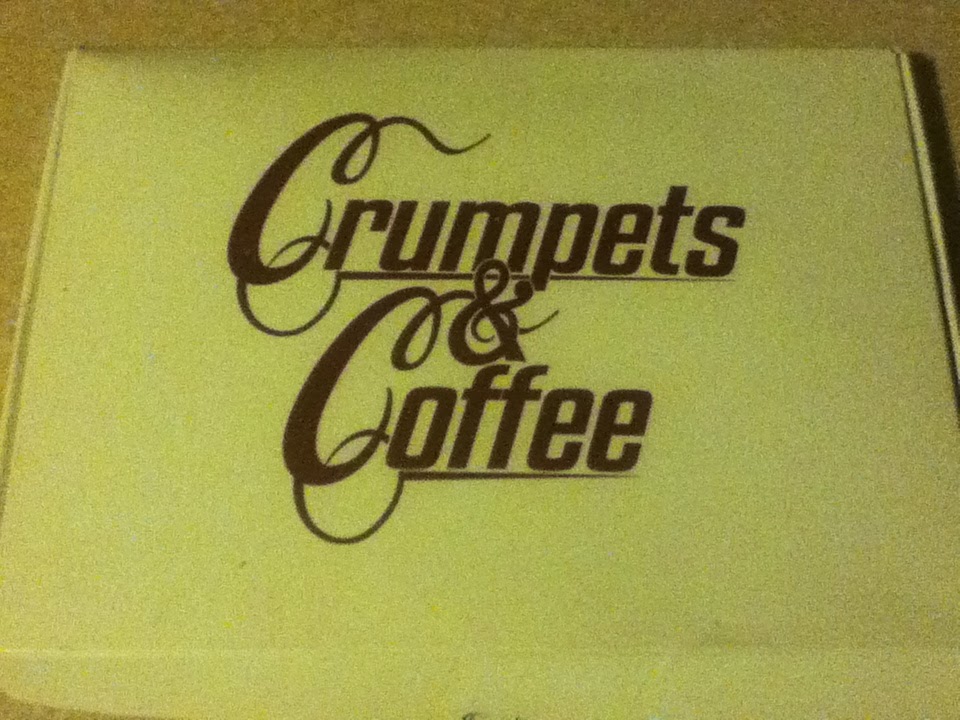 I had the Standard Irish Coffee box, which costs £5.00, including delivery. The first, very important point, is that this box will fit through any letterbox. It’s nice and slim, so there’ll be no disappointing missed delivery note from your postie and no missing out on crumpets on the day that you want them. 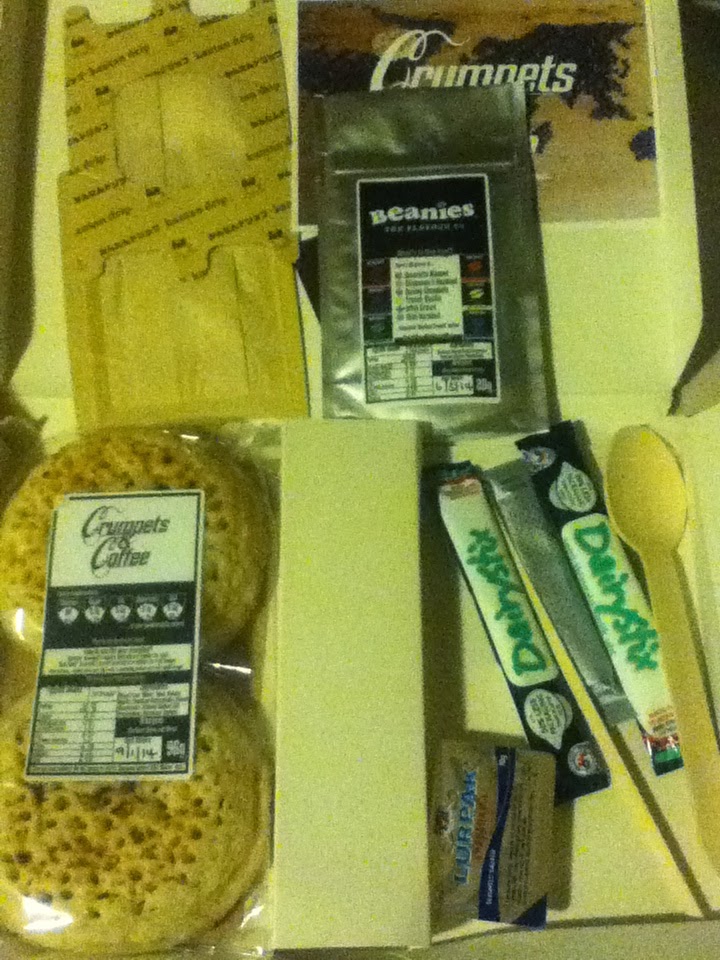 The standard box includes two C&C crumpets, a pack of Beanies coffee, two Kalita Kantan coffee drippers so that you can brew your coffee without needing any special equipment in the office, and all the other gubbins you might require – butter, cutlery, sugar and milk and so forth.

It is a lovely treat for the office, and all of the ingredients I was sent were of a really high quality. You can buy a variety of box sizes so you could treat all of your colleagues, or set yourself up in a position of jealousy-creation for the week. You can also buy all of the specialist teas and coffees separately if you so require, and even better you can add a bar of Zaabar chocolate to your order, which is amazingly flavoured choccie. You can also get sweet boxes, which substitute chocolate for the crumpets if that tickles your fancy. So, unusually flavoured coffee and chocolate, organic teas, what’s not to like?

Well, I have just two little niggles that need addressing before I can give Crumpets & Coffee the 10 Extreme Points they so richly deserve for making the office a more positive place. Number 1 is the biggie – their beautiful, soft in the middle, crispy on the outside (if you toast them properly) crumpets are absolutely delicious – but they do not fit in toasters! Well, I tried them on the toaster in the office and the one at home as well and they are just too damn thick. Which is fabulous when it comes to eating them. A couple of minutes under the grill, spread with the Lurpack butter (yes, one serving pot per crumpet) and I was enjoying a taste sensation. But I do not have a grill at work.

The second issue was that there were only two crumpets! Two crumpets, but two servings of coffee and two coffee drippers so that you could make two cups of coffee. And while I would happily share this treat with a colleague, I’m not sure I could give them one of my precious crumpets. I’m a two crumpet person – two is a serving, one is not. Is my portion control all out of whack? Am I a  Greedy Jimmy Large-Pants? I don’t know, tell me in the comments below if I’m being unreasonable. But I would expect one drink to have two crumpets associated with it.

The Beanies coffee and the Kalita Kantan coffee dripper worked really well and smelled divine. Sadly, the Irish Cream flavour coffee was not to my taste, so The Boy had the other cup and he absolutely loved it. With such a range of flavours though, I know that others I would have loved – the amaretto, hazelnut or vanilla for example. I’m also looking forward to trying the teas – Storm loose leaf teas are really pretty and also sound amazing – the lemongrass and vanilla sounds like a real treat.

So all in, it’s currently a SEVEN Extreme Point score for me. The concept is sound, the products are of a high quality and the flavour is all there. Once the crumpets fit in a toaster, I’ll be able to use the box at work and once there are two crumpets per serving I’d be a lot more content. But I’d recommend them. They’re a friendly bunch. Check their Facebook.