I got sent a tonne of stuff by Soreen this week. It was a great box of goodness, with their new toastie loaf and lunchbox loaves, as well as their banana, festive and chocolate malt loaves. There was also a recipe book with loads of interesting ideas for baking and creating with Soreen products and some fun puzzles and stickers, which myself and The Boy had a fun half hour playing with (I guess they were supposed to be for kids, but I’m no Mummy Blogger.) 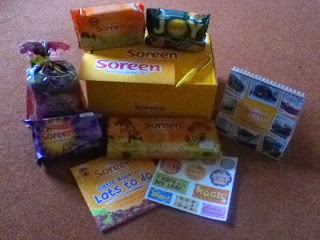 I have waited until the weekend to start testing them out as it’s been a busy old week, but it turns out I waited a bit too long… The lunchbox loaves were all gone. That’s OK I guess, The Boy is the real banana fan in this house and I would guess that what was left is nothing if not a positive review. He seems to have snacked his way through them in record time.

So instead I flicked through the recipe book and found something that took my fancy – the Soreen Layer Cake. I decided to pimp the recipe a little, adding amaretti biscuits in to the biscuit base and using the Soreen chocolate malt loaf instead of the banana loaf as per the recipe, for that extra chocolatey hit! 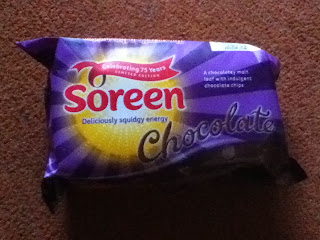 I also used a flan tin that was somewhat too big, and didn’t have enough icing sugar and so made a little less buttercream, but it all seemed to work out in the end, so there are no complaints for me. That’s the great thing about this recipe, that you can adapt it to what you have in the cupboard. This is roughly the recipe I ended up with…. (If you want the proper recipe, you’ll just have to get the proper book from Soreen!) 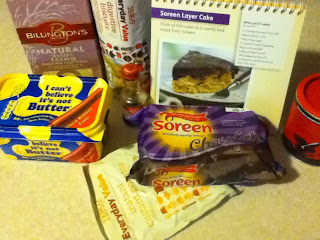 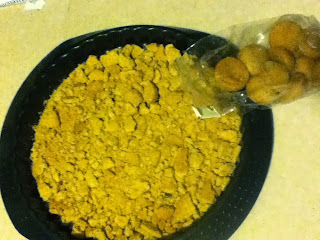 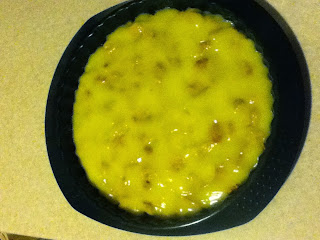 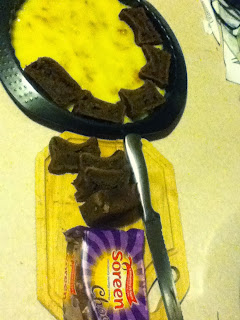 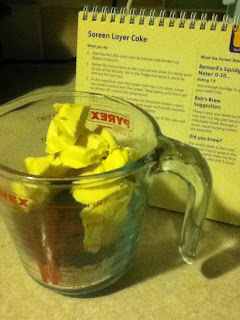 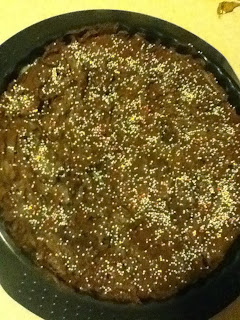 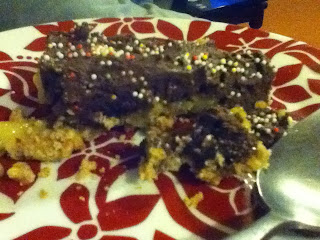