We were asked to try the new Kalixa Pay card which is a combined prepaid Mastercard and e-account that gives you the opportunity to shop securely online, over the phone or even in person – anywhere in the world!

It is accepted anywhere that Mastercard is accepted and you can even use it to withdraw cash from ATMs, which means it gives you added security against fraud and is a cheaper way to spend abroad by avoiding fees and loads on transactions. There are zero foreign exchange fees for the rest of 2013! In order to make it easy to keep track of your spend while you are away, you can also set up email or SMS alerts every time you spend over £5, detailing your transactions. It also gives you your remaining balance so you always know where you are.

It’s not linked to your main bank account, so if the worst does happen and it is lost or stolen, you can rest assured that your main account details are still safe and sound.

It costs £6.95 to open an account with Kalixa, which is taken out of your first load amount of a minimum of £10. This includes both receiving the prepay card and also the eWallet service, so is very good value. I found it really easy to set my account up – you just tap in a few details, add your first amount to your card with a simple transaction that can be done through a range of credit or debit card, eWallet or electronic bank transfer methods and then kick back and wait for your card to be delivered.

It looks just like a regular credit card, with a chip and pin and the Mastercard symbol. We decided to go on a spending spree for our wedding anniversary to road test it. I admit we were a little sceptical at first, thinking it wouldn’t really be accepted anywhere, but boy were we wrong!!

We started off trying to decide what we could do with the time and money available. We wanted to have fun and spend some time together, so naturally we thought a night in a hotel would be a good little break. Nothing too fancy and nothing too far, so we when I had finished work for the day, we hopped on the bikes and rode out of town for about an hour.

We found a nice little hotel in an old 17th century inn building which was cute because of the beamed ceilings and idosyncratic, almost labyrinthine corridors and rooms. It was really cute and we were lucky the morning’s rain tailed off and allowed us to really enjoy a nice cycle!

Once we got there we had our first test for the Kalixa card – could we pay for our room? I handed over the card and the receptionist didn’t even look twice at at, he stuck it in the chip and pin machine and away we went. Simple! So time to do some more spending!

That evening we went out for a special anniversary dinner. We were so engrossed in spending time together that I completely forgot to take you a photo of the meals as they happened – but you can see that it was pretty tasty by the empty plates! 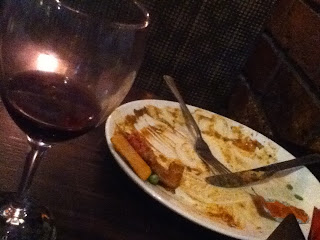 We had a great slap up time. The Boy had a Mexican steak, smothered in chilli and cheese and all kinds of goodness that you shouldn’t treat yourself to too often and I had fish and chips, since it was Friday! We had a very nice bottle of wine and even shared a portion of profiteroles for pudding. Naughty, but very very nice. Satisfied, we retired for the evening, but not before paying for the meal on my Kalixa Pay card. Again, not even a raised eyebrow – clearly the Mastercard logo is a reassuring sign for vendors! 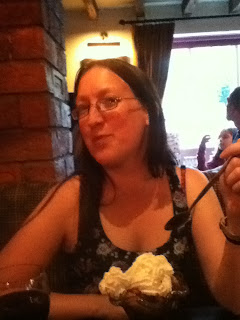 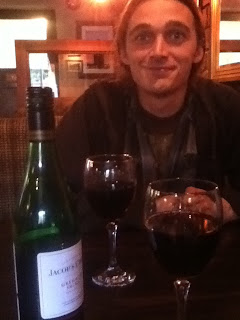 The next morning, we saved ourselved yet more effort and washing up by going out for our breakfast and we tried to decide what else we could do for our anniversary. We’d done the traditional special dinner, but we wanted to have a bit of fun that perhaps is a little out of the ordinary for us… So distracted were we by this conversation that once again I forgot to take a picture of our tasty full English. Here again is another empty plate. Please apply your own imagination. 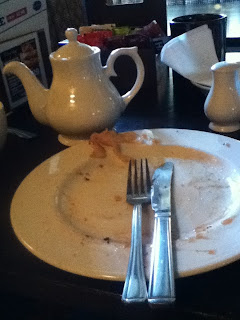 With breakfast bought and paid for (thanks Kalixa!) we went a bit more off piste. We went back to the hotel and I used my Kalixa card to book and pay for our next activity on my iPod via the hotel wifi…

We jumped on the bikes on what was a lovely sunny morning in early September and went thirty minutes up the road. 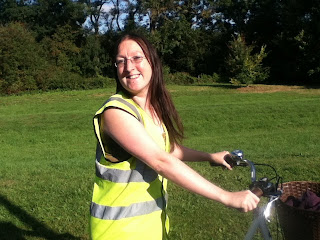 On the way, I got distracted by a garden centre that I had never visited before, and so The Boy was more than happy to pop in. We treated ourselves to a new thyme plant and a new oregano – and of course we paid via our Kalixa card. I really liked this as an anniversary activity as now we will have those plants for a long time to remind us of our fun weekend!

After this short stop, we soon reached our destination – bowling! Of course, I’d already prepaid online, so we walked in, changed our shoes and got into a great fun hour of bowlingtasticity! 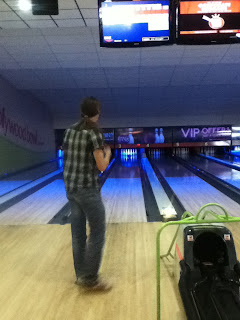 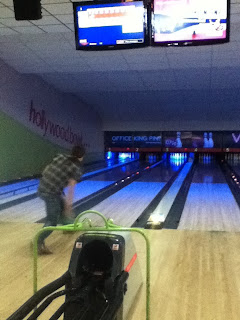 Now, I don’t know about you, but I have not been bowling since attending people’s birthday parties in school! It’s got to be at least 17 years since I bowled!! Knowing people in bowling leagues, we have been to alleys, but only to meet them for a drink when they have finished not to actually play.

Surprise, surprise, I was pretty rubbish! We realised during the last game that we could get it set up to put the barriers up on my turn, but not on The Boys so I’d score fewer gutter balls, which was a very good technique as I won the final game! I was so surprised with two strikes at the end of the game that I just had to take a picture of the winning score for posterity and future gloating power!

After this, our appetite for things we don’t normally do was whetted, so we went on Groupon to see if there was anything else fun we could use the Kalixa card to book online. And huzzah! 10 bootcamp sessions for 2 people for £20! That means we can keep fit and have some regular time together every week for the next 2.5 months – perfect!

While I was there, I noticed a great deal for a £46 meal for 4 – three courses with wine, so I thought I’d share the wealth and buy it so we could treat some of our friends as well.

So that’s an anniversary weekend made up of a hotel stay, slap up dinner, full English breakfast, trip to the gardening centre, prepaid bowling experience and we’re lined up for a set of 10 bootcamp classes each and a meal out with two of our best friends sometime in the next week or two. A fabulous set of experience and not a single worry about the security of our payment or protection from fraud. Thanks to Kalixa Pay for making our weekend special. We’ll be using this card all the time now – in fact I can’t wait to try it overseas, so I’d best treat myself to a lickle holiday!!

Edit: Since finishing our lovely weekend, I noticed on the Kalixa website that I could use the card for contactless pay – an opportunity not to be missed! So I mosied on down to my local Wetherspoons pub with a colleague after work and bought us both a well earned glass of wine. And presto! No pin, no messing about with cards in machines, no mucking about, just hold the card up to the reader and ping! for transactions under £20 you’ve paid! Isn’t technology marvellous?

For more information and to register for your Kalixa Pay prepaid MasterCard
visit https://www.kalixa.com/Pay/travel