As part of the latest Bzz Agent Campaign, we have been trying some of Tesco’s Free From range of products. Tesco says:

We’ve been tasting the Free From Soya Spread. I wanted to see if it was versatile as my regular dairy based spread, so I decided to make some imprmptu Mexican pasties. There are no quantities for this recipe as I made them by eye, but hopefully all the info is there if you want to try it!

First I put just under half the quantity of spread as wholemeal flour into the food processor. 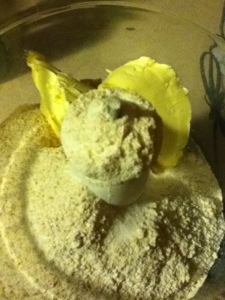 I blitzed it up with cold water until it formed a loose dough, but not so much it became sticky. The last few crumbly bits you can pull together by hand. 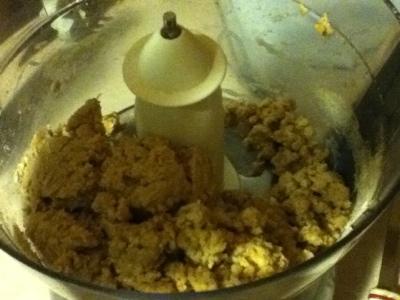 While the pastry was resting in the fridge, I fried up some chorizo and vegetables (mushrooms, courgette, onion, garlic) and added spices (paprika, cayenne, cumin), a drop of tomato paste and a little splash of water to create a sauce. 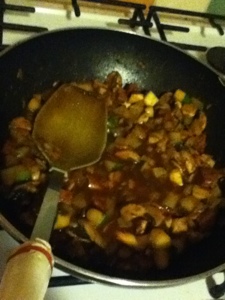 I split the pastry into four and rolled out, adding the filling to the centre and then crimping. 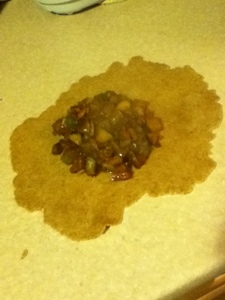 And voila! I used a non-egg glaze spray and thus created dairy free pasties! Leave the chorizo out and they would be vegan pasties! I forgot to take a photo when they were cooked as I was too hungry, but they were delicious. Absolutely could not tell the difference between these and a dairy filled version – The Boy and I were most impressed!! 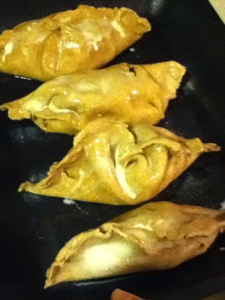 The other product we bought to try was the Free From Creamy Garlic and Herb Spread. In stark contrast to the Soya Spread, we found this to be a very strange taste. The spread has an extremely sour tang, almost like a slightly curdled yoghurt. I was expecting it to be creamy, savoury and delicious but it was really disappointing. I did not find any identifiable herb or garlic flavour in there either, perhaps because it was masked by the weird sour back notes! 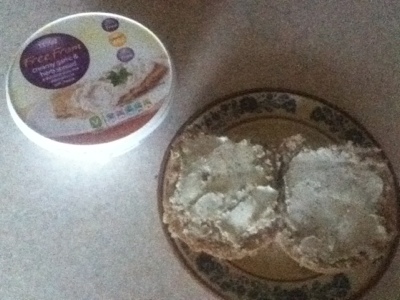 So, from my impression so far, the Tesco Free From range has some real highlights, allowing people with particular dietary requirements to eat however they like. But on the flipside of the coin, some of the products still need work.  I look forward to trying the creamy herb spread Mark II!