I got a bag of twenty odd small sweet peppers for 50p on Leicester market. Absolute bargain and they all looked great. I decided to make myself an accompaniment for my Jenny Craig tea (I was allowed a fat and a protein extra, so feta cheese is on the menu) and ended up making the most yellow meal, possibly in the world ever.

It’s pretty tasty though, and although relatively high in fat it is quite low in calories and great for other nutrients like Vitamin C, so I thought I’d share recipe with you.

13 small sweet peppers (I used yellow, but a mix of colours would be nice too!
100g feta cheese
1 egg 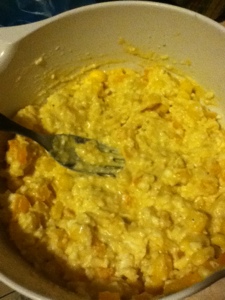 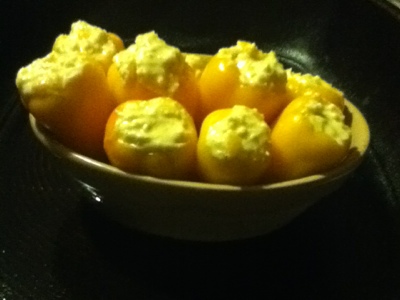 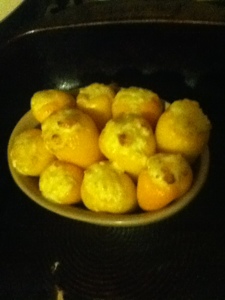