Nearly a year ago, I reviewed Very Lazy Chicken Chasseur concentrate. Did you miss it? You can always nip back and catch up —-> here. Well, those Very Lazy folks have been at it again and have come up with a new range of rubs and pastes. They sent me the Cajun Chicken paste to review (thanks guys) and last night we did just that.


And what better way is there to evoke the flavours of the Creole South than by a traditional BBQ? Yum yum, taking it to the next level. We thought that some chicken legs would take on the flavours well, as well as being a desireable BBQ treat. 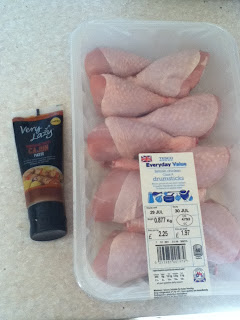 My goodness, isn’t this Very Lazy just a delight? I decided to make life even easier (and lazily avoid further washing up) I would marinade the chicken in a placcy bag that I could throw away afterwards. Just a couple of squirts of the paste went in, and a quick massage of the chicken and then I threw it to one side and forgot about it for a bit. 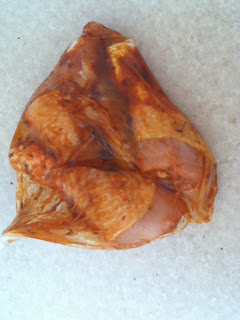 The Boy got the BBQ going. Eventually. Despite being a ruddy well darn tooting sunny day yesterday, it was also extremely windy. We didn’t have any firelighters so were making lots of newspaper twists to try and light it. In the end, it was definitely the shot of absinthe over the top that got it going. Warning: don’t light BBQs with flammable liquids of any type. It’s silly and you should just remember to buy firelighters before the shops shut early on a Sunday.


We put the chicken out on the BBQ (once the flames had died down of course) and I decided to add an extra Jamie Oliver touch by throwing some rosemary on the coals to create aromatic smoke. I have no idea if it made a difference, but our rosemary bush has gone all massive so it needs taking down a peg or two. 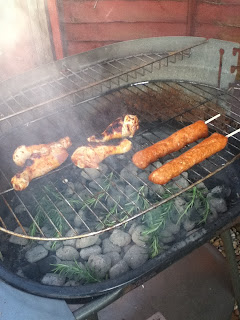 We cooked them and, when they were cooked through, we ate them. And they were really delicious. The BBQ helped to add to the smokey flavour of the marinade and for my palette it had the perfect amount of background heat – it tasted spicey but didn’t burn your mouth. I’d definitely recommend this paste to use with the char of hot coals. The chicken was moist and soft – not at all dry, even though I left it on for a bit of extra time to make totally sure it was cooked. I thought that considering it was basic brand chicken, this was a good flavour and texture and I think that the paste helped that. I’m not particularly sure that leaving the chicken to marinade did a huge amount (wasn’t able to permeate the skin) – I think you’d mainly get the same effect from smearing it straight on before cooking (even lazier!). 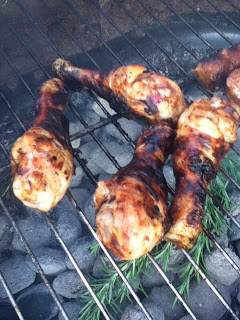 Overall, I did find this time saving. I usually faff around quite a lot imagining up tasty tidbits for the BBQ, so this was a quick win which I think will impress your friends and family. I think I would use it again – I wonder what it would have been like on our lamb kebabs…. Maybe next time! 9 out of 10 Extreme Points for this one.