At work this week I was given a small tub of bubbly ooze and some instructions. I had been give a small portion of Herman, the German Friendship Cake. Herman is a sourdough starter, which you care for for 10 days and then bake into a delicious apple, raisin and cinnamon cake, or whatever flavour you want really, whilst also creating three more starter portions which you give away to friends. I am on day 4 now – I have been stirring Herman for the first three days and today I fed him for the first time. I thought you’d all appreciate seeing some bubbly sweet goo pictures. I am already quite attached to Herman. 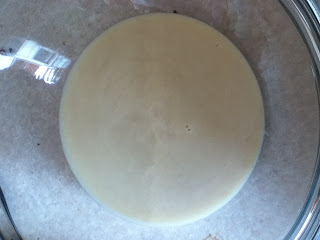 Herman when he first arrived in my possession. 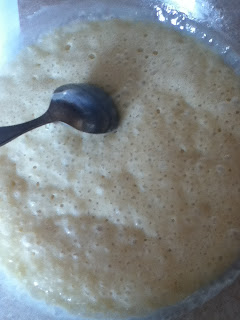 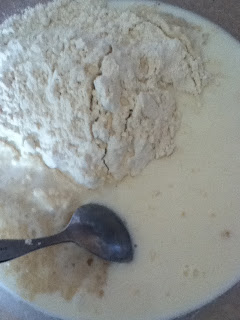 Day 4, Herman is hungry. I fed him tasty flour and sugar and milk. 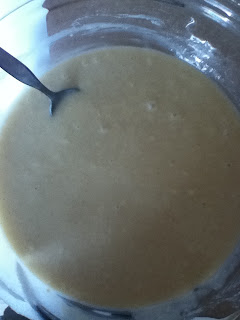 Herman is happy and bubbling away again. He is fat now.
Join me soon, for the next exciting installment of Herman the German Friendship Cake.