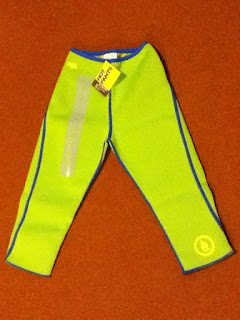 I received my swanky new green Zaggora Viva HotPants in the post this morning and so my Two Week Challenge has begun! I wore them today for a short home workout as the first test.


New Viva HotPants come in a bright variety of colours; pink, orange, green, blue or yellow. I asked for either a green or blue pair as I couldn’t decide which I preferred and I received the green which come with a smart blue trim which I like as a colour way. For some reason, they are still lined with that awful shade of yellow, but I can ignore that as you don’t see it when it’s on so that’s not the end of the world. In honour of Zaggora’s new bright colour scheme I decided to wear them in combination with my new plum pink top which I received for my birthday.


My first impressions of the Viva HotPants is that it seems to be a bit of a two man job getting them on! In fact, I did have to call The Boy in to help me squeeze into them! I don’t know if Zaggora’s sizing has got smaller or if I’ve got bigger but I felt like I worked up a definite sweat just getting the damn things on. I found the best technique was pinching and pulling up small sections until they were on properly. I thought that the fit around the crotch was a bit gappy and around the knee it was a bit tight so that was a bit weird. However, no doubt this is just because of my oddly shaped body! The photos that we took today to illustrate this blog have demonstrated to me that I have been putting on a bit of muscle and fat recently, what with the cycling and boxing, but also with the snacking etc. as well, so this is an excellent time for me to test out the HotPants for two weeks. If nothing else I hope that I can get them on more easily after the fortnight!! Think carefully about what size you request if you enter my competition – Viva HotPants strike me as quite unforgiving size-wise and the HotPants zip is now a distant memory.

Once they were on though, they were very comfortable, and noticeably more flexible than the old, thicker style of HotPants. I know you’re all desperate to know, and yes, the signature HotPants “swooosh” when your legs rub together is still there, but it has taken on a slightly different tonal quality now the thickness of the fabric has changed. Perhaps we could get a whole gang of different HotPant wearers together and create some kind of Zaggora orchestra? The fabric is still a touch on the ‘wetsuit’ side though, if you’re wondering what they feel like. The seams at this stage appear to be robust, which is good because I felt like I was putting the back seam under quite a distinct amount of strain when I subjected them to 50 squats earlier, but once again that could well be because I have a massive arse… 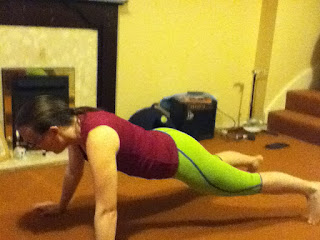 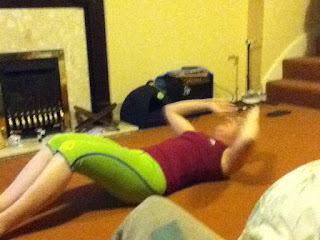 I felt that the HotPants gave me decent flexibility and should stand up to a decent amount of wear. When I took them off I had the familiar damp leg feel, but also the signature soft skin where they had been. This is the action of the Celu-lite fabric lining which is intended to use your body heat to increase energy expenditure.


It seems to be a common misconception (or accusation) that by making you sweat more, Zaggora products are in effect giving you a ‘false’ sense of weight or inch loss as you are actually just losing water, but this is not the case. In reality, the idea of the technology is to heat you up which maximises the amount of calories burned, regardless of what sort of activity you are doing, from housework to horse riding.


The two week challenge on the Zaggora website boasts you can lose 2 jeans sizes in two weeks and I know that other HotPants ambassadors have done this in the past. I don’t need to lose 2 sizes, but having seen these frank photos of myself I think it is definitely time to get just that little bit tighter! So look out for my results in two weeks, I will try to wear the same outfit (down to my super cool Shock Absorber sports bra) so that hopefully you can see a realistic indication of before and after.