Kicking it on the cobbles, my day on Coronation Street!

I was invited by the lovely Harveys to the Coronation Street 50th Anniversary Street Party yesterday. It was a surprise to be invited, seemingly at random but given I had work appointments in Manchester anyway, it was a great opportunity to shake it out on the cobbles for an hour or two.

I’ve not been to Coronation Street or Granada Studios since a school trip when I was 11 or 12, so it was strange to be back. I approached the Atherton Street entrance, slightly intimidated by the small, but committed crowd of die hard Corrie fans staked out with cameras behind the security line. I felt like a bit of a fraud going past them, but then I watch every episode of Corrie and so I have no reason to feel any less of a Coronation Street fan than them.

I was immediately overwhelmed with the scene in front of me – Coronation Street, resplendent with bunting, stalls of food, goods and games and long lines of trestle tables all down the street, groaning under the weight of Warburtons sandwiches, rose and regular champagne and a previously unseen number of Typhoo branded mug. 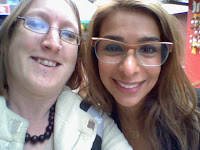 The street was a-bustle – a mixture of media and guests and the stars of the street themselves. I said hello to a huge number of people and found it weird that in reality I was as likely to know their real name as they were to know mine! A lot of people, especially Shobna Gulati, found it a novelty to have their photo taken on a DS but it was all I could muster at short notice! Unfortunately, it appears that the Rovers does not yet have a free wifi connection, so I was unable to tweet at the time and had to wait until I got home, much later that evening.

There was a fab Harvey’s room with loads of surprisingly lush furniture (well, I really liked the dining sets, not too fussed abou he sofas!
Here I bumped into ‘Sally Webster’ – looking hugely glam and gorgeous with her short hair. Flamboyant ‘Sean Tully’ was trailed by an ITV crew, doing a piece to camera that sounded like a trailer for the exciting live episode and shocking storylines that are coming to celebrate the 50th Anniversary.

I saw ‘Fiz Stape’ successfully hooking a duck, and was proud to win some candyfloss on the same game for the lovely Susan, who kindly invited me to the event and has up til recently been the Twitter voice of Harveys_UK. 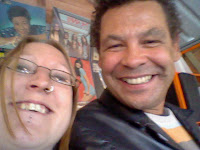 The entertainment was great, a live band, hooping housewives, the beautiful vocal stylings of ‘Cheryl’ and ‘Kirk’ (no seriously, he does a great Beatles rendition) amongst others and finally, some great tunes being spun by the host with the most, the ever smiling ‘Lloyd’. It was fab having the chance to tell him well done for Red Dwarf. It’s probably the lamest thing I could have done, but I just had to. Red Dwarf is still ace and always will be.

And on it went. On a sunny Manchester afternoon, it was a lovely break between the work appointments I had to attend. I came away with a 50th Anniversary book with a personalised signature from the very friendly Tony Warren, creator of Coronation Street, which will be treasured by my household. I also got to meet the guy that does the scary Harvey’s promo clips with all the shit coming to life… Urghhh…. But good to know who’s responsible!

Happy Birthday Coronation Street. You will always be the finest soap in my eyes and I look forward to laughter, tears and excitement with you for years to come. 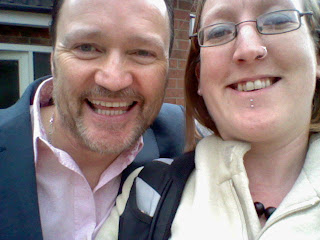 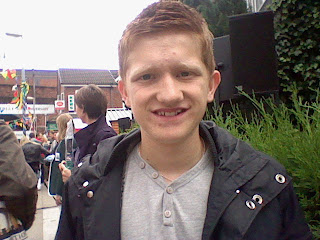 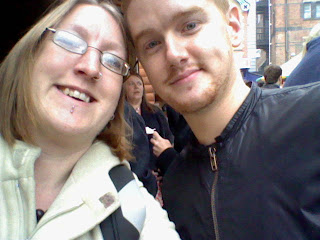 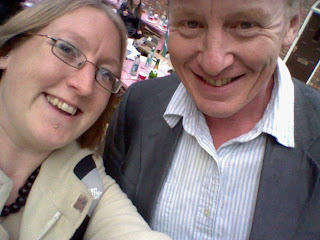 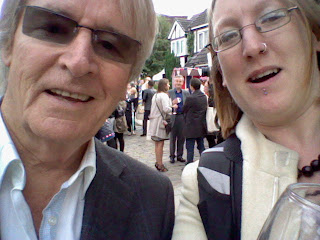